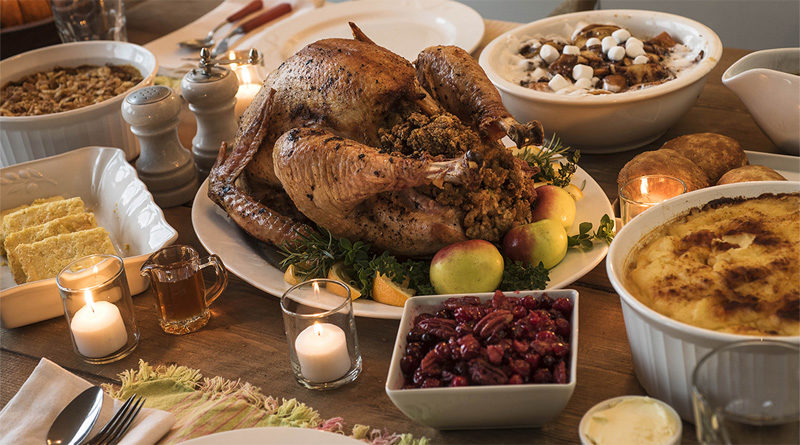 History is cluttered with the remnants and wreckage of earlier efforts to establish “utopian” societies. One of the more interesting involves our Pilgrim forebears, and it took place right here on the North American Continent. Their experiment with utopian socialism has many pro- found lessons for us today, even 400 years later.

Despite the quaint narrative taught in school as part of an on-going multicultural “hustle,” Thanksgiving has nothing to do with Indians saving the early colonists. That never happened. Instead, the holiday we recognize as Thanksgiving was originally an American national hol- iday in which our Pilgrim forebears celebrated their deliverance from socialism and collectivism, and the starvation and death that accompanied them.

The earliest recorded settlers in New England landed at Plymouth Rock in 1620. On their voyage across the Atlantic, these Pilgrims established the Mayflower Compact, the first recorded instance of a socialist political economy in North America. Among many other things, they agreed that everyone would contribute to a common store of food and other goods, and that each person would have an equal share in its ownership and use.

The Governor-General, William Bradford, wrote a detailed history of the Mayflower Company. In it he indicated that there was a great deal of sloth among some of the strongest and most able members, who felt it unfair that they should make a disproportionately large contribution to the common store, but in return, receive no more than those who contributed little or nothing.

Consequently, much arable land was left fallow, and by Fall, the already meager food stores began to dwindle. Approximately one-third of the Mayflower Company died that first winter and half died the first year, with most succumbing to starvation and diseases associated with starvation.

The following year, the socialist elements of the Mayflower Compact were eliminated, specifically, those dealing with this “common store” and the equal division of shares among members. The institution of private property was re-established and vigorously defended. Members were free to work for their own good, and were also free to dispose of the fruits of their labor as they alone saw fit.

As a consequence of the economic benefits of private property, the following year produced such an enormous bounty that these early colonists were beside themselves with gratitude to God. As a gesture of their gratitude, they established a national “Day of Thanksgiving,” and even chivalrously invited friendly Indians to share their bounty.

To those with the intellect and honesty to objectively look at the plight of public education, it should come as no surprise that the idiots who run our public schools have allowed the true meaning of Thanksgiving to be completely lost to the last several generations. Moreover, it is doubtful if many would impart its true meaning to a current generation of students even if they were aware of it, which few if any are.

The irony is, the very idiots who teach in and run our public schools would establish state socialism tomorrow if they could, never having themselves, learned the lessons of the Mayflower Compact or the failures of socialism’s “utopian” fantasies. Rather, they parrot the mantra that previous experiments with socialism just haven’t been implemented correctly.

Thus, they continue to promote their collectivist fantasies and other delusional forms of ignorance to gullible individuals, and rob them not only of their rich cultural heritage, but also rob them of one of the most important lessons that history has ever taught us.

One thought on “Thanksgiving & Socialism”