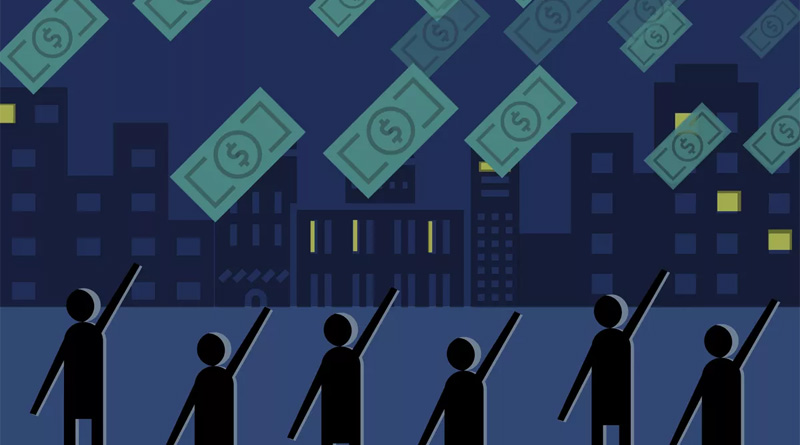 Soon, Stockton California will begin transferring $500 every month to some of its poorest residents in a test of what is laughingly referred to as an experiment in “Universal Income.” It is a program proposed by Stockton’s nigro Mayor, Michael Tubbs.

There is no doubt Mr. Tubbs is a Marxist, although I’m sure he couldn’t distinguish Karl Marx from Groucho Marx. In any event, he is being celebrated as a great “genius” for getting the idiots in that once fine city to implement this plan.

Receiving free money must be a recurring fantasy of nigros, which is why so many remain in the underclass despite $23 Trillion spent on “Urban Welfare Spending” since the mid-1960s, and despite the special privileges granted them by race quotas and “Affirmative-Action.”

As someone who earned a Ph.D. in Nigrology from 30 years of doing business with blacks and –- being the only white on my block in St. Louis City for many years — let me draw on my expertise to explain how the poorer black citizens of Stockton will spend that extra $500 in “discretionary” income.

Sales of every alcoholic beverage will skyrocket, and this will even be true of expensive distilled liquors like “Crown Royal,” which are mistakenly assumed to confer “class” on those who guzzle them.

A great deal of the money will also be spent on drugs such as “whack” crack, smack and marijuana. Many will now be able to afford PCP in their “grass,” ensuring that their thinking will remain even more muddled than the day they elected this imbecile to the Mayor’s office.

Large sums will also be spent on expensive “rims” and car stereo systems for their vehicles, so they can cruise the streets of Stockton and attempt to outdo each other with their “bling.”

Another easily predictable outcome is that there will be more gambling and dice games in vacant buildings and dark alleys: Hence, the murder rate in Stockton will increase to reflect all those blacks who often decide to “rip-off” the winners of such games, and then murder all the witnesses.

Another consideration is that a great many homeless creatures will be enticed to move to Stockton, which will be a disaster on many fronts. It will increase the drain on public services and create a growing pool of angry and filthy vagabonds who will divide their day between harassing pedestrians and demanding more “free money” from the city.

After President Trump has been blamed for Stockton’s homeless problem, Stockton will probably go bankrupt: My hope is that its businesses and taxpayers will have had an adequate opportunity to flee to another state where idiots don’t run the zoo…