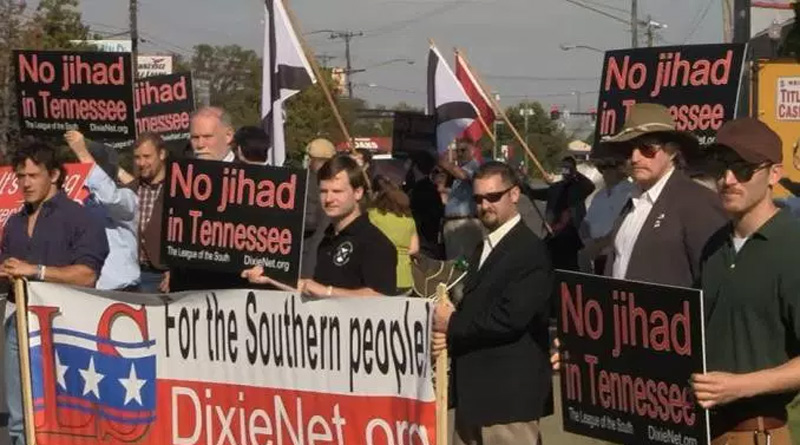 Southerners, the leftist enemy has their army in the streets in the form of the Antifa (anti fascists), Black Lives Matter (BLM), and assorted other radical organizations. They are on the march -– rioting, burning, and physically assaulting those with whom they disagree. It’s only a matter of time until they move from major urban areas and college/university campuses into smaller cities and towns, the suburbs, and ever some rural areas. We dare not wait to organize our defenses until they appear on our doorstep here in Dixie.

On 12 September 2009, the 2nd session of the Southern National Congress (SNC), composed of delegates from fourteen Southern states, passed a resolution charging the League of the South to form a Committee of Safety and to plan for contingencies – natural or man-made – that might affect the Southern people. Since 2009, we have studied and carefully deliberated the problems facing the South and her defense and security. Now, it is time to act and move to the next step.

Therefore, The League of the South is calling for all able-bodied, traditionalist Southern men to join our organization’s Southern Defense Force for the purpose of helping our State and local magistrates across Dixie combat this growing leftist menace to our historic Christian civilization. As private citizens in a private organization, we will stand ready to protect our own families and friends, our property, and our liberty from leftist chaos. Moreover, we will be ready to assist our local and State authorities in keeping the peace should they find it necessary to “deputize” private citizens for that purpose.

The League of the South does not advocate the use of violence except in self-defense of life, liberty, and property. We also advise our members to obey all lawful statues in our respective States and localities. The Southern Defense Force will adhere to these policies. If you are not willing to abide by this standard, we cannot accept you into the organization.

The League of the South is calling for all able-bodied, traditionalist Southern men to join our organization’s Southern Defense Force for the purpose of helping our State and local magistrates across Dixie combat this growing leftist menace to our historic Christian civilization.League of the South

As a League member, you will have opportunities to increase your proficiency with hand-to-hand defense skills, firearms training (both pistols and long weapons), and other related skills. Also, you will stand shoulder-to-shoulder with other Southern warriors in an organization dedicated to the survival, well-being, and independence of the Southern people.

Are you ready to be a man among men? Join the League and its Southern Defense Force today!*

*(See the Join the League function on this website, www.leagueofthesouth.com or go to the Join function on www.dixienet.org)

Dr Michael Hill is President of the League of the South. He is a retired university professor of history and author of two books on Celtic warfare.