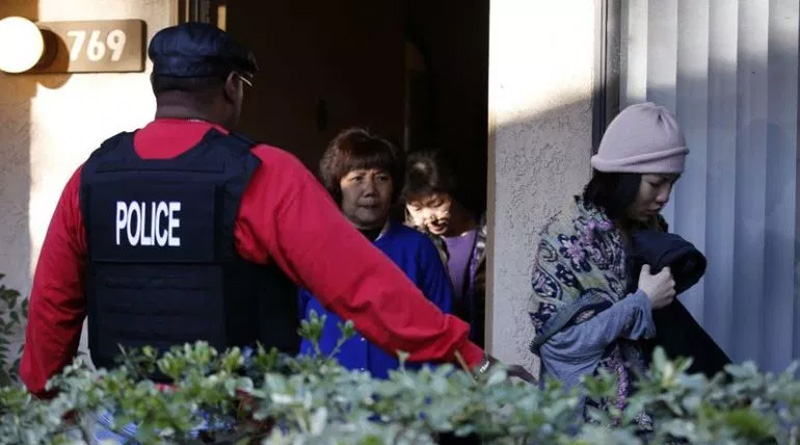 Nineteen people have been charged in three “birth tourism” schemes that operated in Southern California to bring pregnant Chinese women into the United States in order to secure birthright citizenship for their children, federal prosecutors in Los Angeles said on Thursday.

The 17 cases unsealed on Thursday are the first federal charges brought against operators and customers of birth tourism businesses, the Justice Department said in a statement.

The defendants are accused of links to three “birth houses” operating in Southern California that catered to wealthy women from China and were dismantled by federal agents in March 2015.

The indictments charge that Chinese customers were coached on how to pass U.S. Consulate interviews in China by falsely stating they would stay in the United States for only two weeks and to trick U.S. Customs at entry ports by wearing loose clothing to conceal their pregnancies, prosecutors said in the statement.

“These cases allege a wide array of criminal schemes that sought to defeat our immigration laws – laws that welcome foreign visitors so long as they are truthful about their intentions when entering the country,” U.S. Attorney Nick Hanna said in a statement.

“Some of the wealthy clients of these businesses also showed blatant contempt for the U.S. by ignoring court orders directing them to stay in the country to assist with the investigation and by skipping out on their unpaid hospital bills,” Hanna said.

The U.S. Constitution grants citizenship to any child born on U.S. soil, and immigration experts say there is nothing inherently illegal about women coming from abroad to give birth to children in the country.

But law enforcement officials in Southern California in recent years have sought to crack down on the burgeoning cottage industry of maternity tourism, in which foreign nationals, typically from China, apply for U.S. visas under false pretenses and overstay them so that their children can attain birthright citizenship.

In the cases unsealed on Thursday, prosecutors say, the schemes committed widespread immigration fraud and money laundering and defrauded property owners when leasing apartments and houses for the pregnant women.

Federal agents raided three apartment complexes and several other sites being used as maternity houses or hotels across Southern California in March in 2015, saying they catered to wealthy women from China who paid $15,000 to $80,000, depending on services offered.

The sweep was believed to mark the first such enforcement action against maternity tourism.