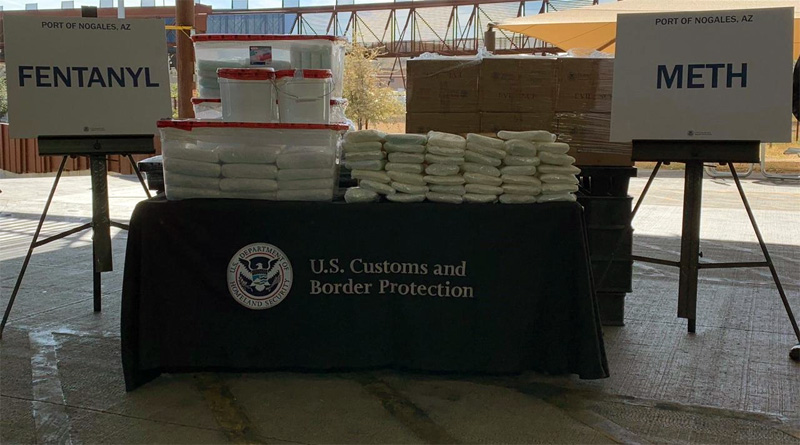 Trump is right! Most drugs enter US through legal ports of entry, not vast, open borders.

Customs officers stationed at the commercial border crossing in Nogales made the largest fentanyl seizure ever recorded at any port of entry in the United States the day after President Donald Trump signed a bill putting an end to the longest government shutdown in history.

According to U.S. Customs and Border Protection, a canine officer alerted other officers to the presence of 254 pounds of fentanyl hidden inside an 18-wheeler carrying cucumbers, during a secondary inspection at the Mariposa port of entry just past noon on Saturday. 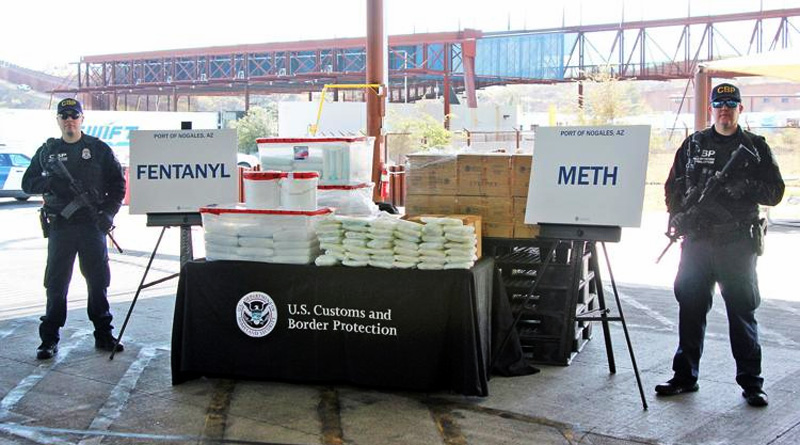 “It has been sent for a chemical analysis, so we won’t know the purity until a much later date,” said Michael Humphries, the port director for Nogales.

He noted just how deadly that amount can be in very small doses. The synthetic opioid is 80 to 100 times more potent than morphine, according to the Drug Enforcement Administration.

In addition to the fentanyl, officers also seized 395 pounds of methamphetamine hidden inside the compartment in the 18-wheeler.

The smuggling of both opiates has been on the rise through ports of entry in recent years along the U.S.-Mexico border, Customs and Border Protection statistics on drug seizures show.

But even so, this seizure on Saturday was both surprising and alarming, according to Guadalupe Ramirez, who oversees all border crossings in Arizona.

“Normally, the southwest border ports are intercepting the most fentanyl, compared to other ports of entry, airports, seaports, the northern border,” he said, noting that Nogales is one of the key routes.

Officers arrested the driver of the 18-wheeler and handed him over to Immigration and Customs Enforcement’s Homeland Security Investigations, which goes after and prosecutes transnational criminal activity.

Humphries said that given the potency of the drugs, officers working that day took additional precautions to handle and avoid exposure to them, including protective gear.

As an additional precaution, officers also destroyed the shipment of cucumbers inside the 18-wheeler.

Nogales is at the peak of the winter produce season. Millions of pounds of winter produce cross the border each day from Mexico to supermarkets all along the western United States.

An average of 1,500 trucks cross each day through the Mariposa commercial crossing during this time, according to Customs and Border Protection in Arizona.