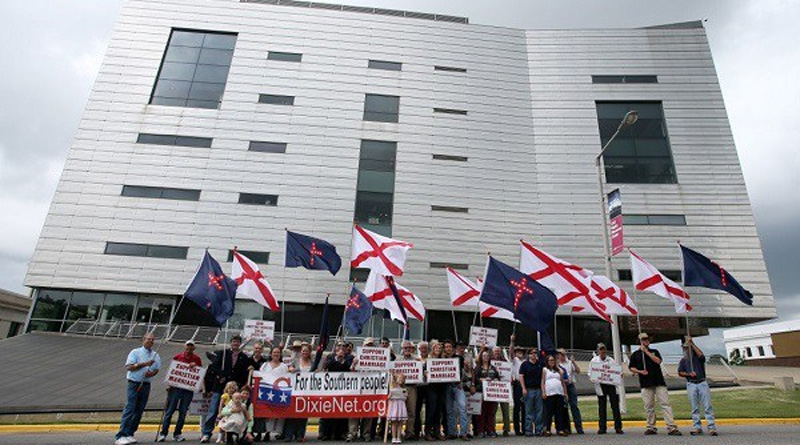 The SPLC (the self-appointed, national thought-crime hall monitor) has deleted that tweet they posted earlier questioning if bomb-threat suspect Juan Thompson was anti-Semitic or not:

An earlier tweet (now deleted) about Juan Thompson mentioned his own alleged excuse for threatening JCCs.

Thompson’s motivation seems to have been to implicate a former girlfriend in the JCC threats, not necessarily anti-Semitism as such.

And now they’ve decided this was anti-Semitic after all:

Regardless of motivation, the act of threatening Jewish institutions is anti-Semitic and instills terror.

Ah yes. The act of using SPLC as a reference tool by homosexual Floyd Lee Corkins to shoot the security guard at pro-marriage Family Research Council instills terror too.