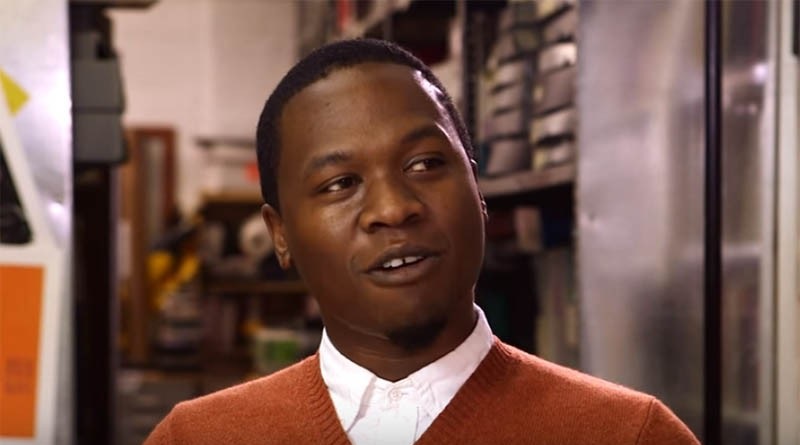 If you have been following the Lügenpresse, you have likely heard by now that anti-Semitism in America has ballooned into a national crisis following a wave of attacks on Jewish cemeteries and bomb threats to Jewish community centers, and that white supremacy and Trump’s election as president is to blame. It had become such a burning issue in The Narrative that President Trump was pressured into addressing the matter at the top of his Joint Address to Congress on Tuesday.

After he addressed the issue two weeks ago, The Anne Frank Center for Mutual Respect blasted President Trump’s “pathetic asterisk of condescension” and roared that “the Antisemitism coming out of this Administration is the worst we have ever seen from any Administration.” Unfortunately for the Jewish agenda, the real culprit came to light this morning:

“NEW YORK (CBSNewYork/AP) — A jilted ex-boyfriend is behind at least eight of the scores of threats made against Jewish Community Centers nationwide, plus a bomb threat to the Anti-Defamation League, in an effort to harass and vilify his former girlfriend, federal officials said Friday.

Juan Thompson, 31, a one-time New Yorker now living back in his hometown of St. Louis, will appear in federal court in Missouri on Friday afternoon on a charge of cyberstalking, which carries a maximum sentence of five years in prison, authorities said. He is expected to eventually be transferred to New York for prosecution. …

The harassment got worse from there when he started making threats against Jewish institutions in her name to portray her as an anti-Semite, federal officials said.

The Anti-Defamation League received an email on Feb. 21 that said the woman was behind the bomb threats to JCCs and there’d be more the next day. On Feb. 22, the ADL headquarters in Midtown Manhattan received a phoned-in bomb threat. …

“Thompson’s alleged pattern of harassment not only involved the defamation of his female victim, but his threats intimidated an entire community,” FBI Assistant Director-in-Charge William F. Sweeney Jr. …

“The defendant allegedly caused havoc, expending hundreds of hours of police and law enforcement resources to respond and investigate these threats,” said NYPD Commissioner James P. O’Neill. “We will continue to pursue those who peddle fear, making false claims about serious crimes.” …”

.@POTUS @realDonaldTrump do not make us Jews settle for crumbs of condescension. What are you going to do about #Antsemitism in @WhiteHouse pic.twitter.com/95Z5GP1OBc

It was just some crazy black dude who used to write for The Intercept who was mad at his White ex-girlfriend and wanted to portray her as an anti-Semite. A few days ago, I was under the impression that it was literally the most important issue facing the nation. By my count, the ADL has released seven press releases about the subject while the SPLC wrote about it twice.

“Thompson, 31, was once a reporter for The Intercept, but he was fired after the New York City-based news site found he had been making up sources. Our investigation turned up even more journalistic problems dating back to his college days at Vassar in Poughkeepsie, New York.

Thompson later briefly surfaced at an online news site, but was fired after someone there learned of his background. He has blamed racism for his difficulties and self-published a piece on Medium blasting The Intercept and “the white liberal media.”

“This election is all about people power,” he wrote. “Because only with your voices and your votes and your power can we fight back against Trumpian fascism and socio-economic terrorism.” He raised just $25 of his $5,000 goal. …”

Just a few days ago, The Intercept was slamming President Trump over the bomb threats and the “white supremacy” of his supporters:

“A WAVE OF ATTACKS on Jewish cemeteries and bomb threats against Jewish community centers might not be anti-Semitic acts but “the reverse,” Donald Trump hinted darkly on Tuesday, according to Josh Shapiro, Pennsylvania’s attorney general.

Trump’s apparent embrace of a conspiracy theory popular on white supremacist websites — that the president’s political opponents might have staged the incidents to frame him or his supporters — came during a White House meeting with state attorneys general. …

As Michael Wilner, The Jerusalem Post’s Washington bureau chief, reports, the Anti-Defamation League has attributed the uptick in threats and attacks to white supremacists encouraged by Trump’s nativist political movement. Wilner also suggested that Trump’s attempt to posit an alternative explanation for the incidents looked like an effort to deflect blame away from from himself or his supporters. …”

Here’s the statement The Intercept put out this morning:

“We were horrified to learn this morning that Juan Thompson, a former employee of The Intercept, has been arrested in connection with bomb threats against the ADL and multiple Jewish Community Centers in addition to cyberstalking. These actions are heinous and should be fully investigated and prosecuted. We have no information about the charges against Thompson other than what is included in the criminal complaint. Thompson worked for The Intercept from November 2014 to January 2016, when he was fired after we discovered that he had fabricated sources and quotes in his articles. …”

As a writer for The Intercept, Juan Thompson gained some notoriety in the summer of 2015 for concocting a viral fake news race hoax about Dylann Roof:

“Then a young journalist with St. Louis roots landed a big scoop.

Juan Thompson, a 30-year-old rookie reporter for online news site the Intercept, claimed he’d landed an exclusive interview with Roof’s cousin Scott and that he could trace the fury that fueled the carnage.

“Scott Roof, who identified himself as Dylann Roof’s cousin, told me over the telephone that ‘Dylann was normal until he started listening to that ‘white power music stuff,'” Thompson wrote in a story that went live at 11:05 p.m. on June 18. “He also claimed that ‘he kind of went over the edge when a girl he liked started dating a black guy two years back.'”

ABC News had previously spoken to Dylann Roof’s roommate, who’d claimed the shooter had talked about plans for racial violence, but the narrative of a jilted lover seeking revenge was a juicy new wrinkle.

“Dylann liked her,” Scott Roof said, according to Thompson. “The black guy got her. He changed. I don’t know if we would be here if not…”

News agencies across the country were soon citing the Intercept’s exclusive as they raced to cobble together a picture of the gunman.

There was only one problem. It was a lie. …

The bombshell accusations left anyone who’d ever worked with Thompson wondering if he’d scammed them too. It’s a tricky question to untangle, noted Josh Marshall, the editor and publisher of the liberal online publication Talking Points Memo, which had published one of his essays.

“One of the dirty little secrets of fact-checking,” Marshall wrote in an editor’s note, “is that it is quite difficult to uncover a determined effort to deceive.” …

Juan Thompson also worked for Talking Points Memo. I remember that fake news story during the feeding frenzy that swirled after Charleston. It was that guy!

Why did The Intercept hire Juan Thompson in the first place?

“Co-founder Glenn Greenwald, the lawyer-journalist who grew famous as a Snowden confidante, told the author that the lack of diversity in the Intercept’s early going was “by far the most disappointing thing about our launch.” He promised to do better as the site staffed up.

Thompson, who is black, was hired eight months later, in November 2014. By then the news agency had grown from a small handful of employees to “just north of twenty reporters, editors and technologists,” the company said in a statement. Within ten months of that, the editorial staff was at thirty-five, with five of the sixteen writers people of color, according to numbers provided by the Intercept. …”

He was hired in order to further the cause of “diversity.”

Riverfront Times goes on to explain how Juan Thompson filed stories from Ferguson and Baltimore. His father had been “a ruthless St. Louis drug dealer and murderer.” The son “relished the opportunity to strike back at what he calls an “oppressive, anti-black, racial supremacist, capitalist system” that kneecaps all but the country’s rich and white in the pursuit of basic civil rights and opportunities.” You can read here how the St. Louis Police robbed his family of $1,000.

Know any good lawyers? Need to stop this nasty/racist #whitegirl I dated who sent a bomb threat in my name & wants me to be raped in jail. pic.twitter.com/B1IU0RkNCZ

The @SecretService visited me looked at my tweets, questioned my politics b/c some awful white woman I date reported me. I won't be silenced

Another week, another round of threats against Jewish ppl. In the middle of the day, you know who's at a JCC? Kids. KIDS.

The white media is repulsive. Provocateur is what they call white supremacists b/c, at their core, they support the agenda. #GeertWilders pic.twitter.com/RogwZreAPj

Wow. The #Oscars are fucking and toying and exploiting black ppl like America has done for centuries. White folk are trash.

@kim_tastiic I don't give a fuck abt white art, we bombarded w/it everyday.

@kim_tastiic How many African flicks were listed in the foreign lang catg? And Africa produced great films in 16. This is white man's show

@kim_tastiic In a communist society there wouldn't be a need for golden awards.

The #Oscars& its relation to black art is the perf def of white supremacy. Black art isn't great until recognized by white folk. Fuck off.

Black women also voted against him more than any other group. Said it before: black women are the cornerstone of any left mvmnt. #RESISTANCE https://t.co/dIBxGBAnde

I do realize that. Your concept of America means nothing to me. And trust. . . we will win in the long run. #abolishborders https://t.co/9GTggp90D5

Let's hope this guy Trump is calling up punches Trump in the jaw. #TrumpRally

There is no point in sharing any further tweets.

A clear picture of Juan Thompson political ideology emerges from the last two weeks alone: he passionately hates White people, hates Trump, identifies with #TheResistance and sees himself as a black communist. Apparently, he became obsessed with a “Francesca” from Brooklyn, who he describes as a White radical he slept with who had herpes. Now she is trying to destroy his life.