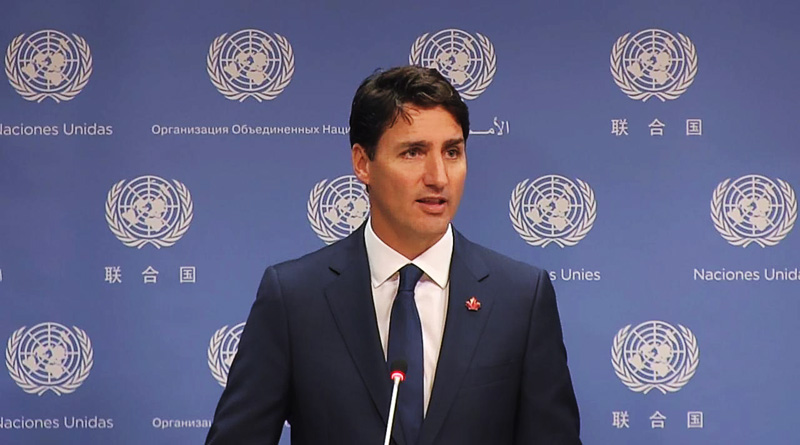 By David Krayden | The Daily Caller

The United Nations Human Rights Council says Canada should apologize and pay reparations for slavery and other forms of “anti-black racism.” In a report released Monday, the U.N. advisory group stated: “History informs anti-black racism and racial stereotypes that are so deeply entrenched in institutions, policies and practices, that its institutional and systemic forms are either functionally normalized or rendered invisible, especially to the dominant group.”

The British empire had already banned slavery in 1834, and Canada had not become a self-governing dominion until 1867. Prior to its abolition, slavery was never widespread in British North America, although it was extensive in tropical colonies like Jamaica. When support for abolitionism grew in the northern U.S., Canada participated in the Underground Railway that moved escaped slaves out of Canada so that they could not be returned to their masters under the provisions of the Fugitive Slave Act.

Nonetheless, the UN says that contemporary Canadian racism “replicates the historical … conditions and effects of spatial segregation, economic disadvantage and social exclusion. It is important to underline that the experience of African Canadians is unique because of the particular history of anti-black racism in Canada,” suggesting that the government of Canada should “take concrete steps to preserve the history of enslavement and the political, social and economic contributions of African Canadians by establishing monuments in their honour.”

Another one of these concrete steps would be the addition of a new department of African-Canadian affairs to the federal government. The UN council recommends that it resemble the current federal department that serves “Indigenous Peoples.”

Just last week in his address to the UN General Assembly, Canadian Prime Minister Justin Trudeau outlined what he termed “humiliation, neglect and abuse” in the history of addressing the needs of first nations Canadians and he vowed to achieve “reconciliation.” Trudeau did not refer to any further reconciliation with black Canadians.

The report insists that Canadian history is the dark story of white racism, but that racism is to blame for virtually every problem allegedly facing black Canadians today from poverty to bad heath.

Yet, the global bureaucracy isn’t nearly finished with issuing recommendations. The UN urges Canada to combat what it calls “environmental racism” that allegedly occurs when waste management sites are placed too closely to black communities.

The report also suggests that Canada address presumed systemic racism in the Canadian criminal justice system because blacks are “extraordinarily overrepresented” when it comes to being targets of police violence.

The Nova Scotia Human Rights Commission has been invited to address the human rights council on Monday.