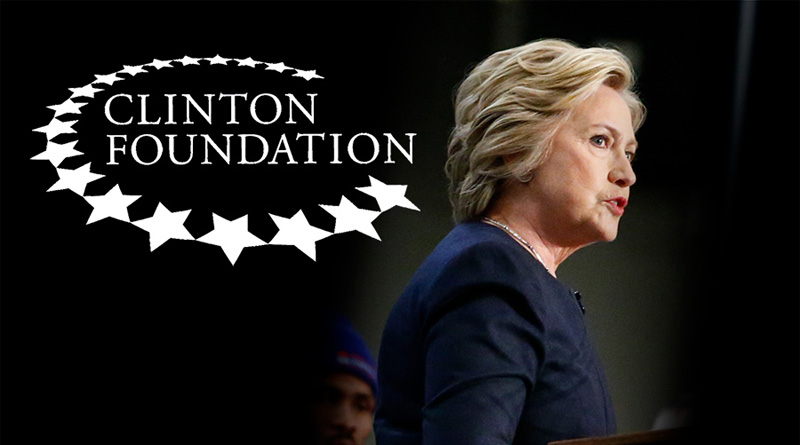 Officials at FBI headquarters instructed its New York field office to continue its corruption investigation into the Clinton Foundation following the election of Republican candidate Donald Trump, according to a former senior law enforcement official.

The instructions ordered agents to “go forward” with their ongoing inquiry into the Clinton Foundation which is focusing on issues of corruption and money laundering, according to the source.

“There were no instructions to shut it down, to discontinue or to stand down on the investigation, but to continue its work,” the former official told the Daily Caller News Foundation in an interview.

He said he received this information about a week ago and that the order originated from the bureau’s headquarters in Washington, D.C. well after the November 8 election. He did not know who at FBI Headquarters issued the order.

The same source broke the news to TheDCNF that the FBI was conducting a multi-city probe of the foundation in as many as five cities: New York, Little Rock, Washington, D.C., Los Angeles and Miami. The source did not know the status of the bureau’s work in the four other cities.

After the election, President-elect Donald Trump indicated that prosecuting rival Hillary Clinton or her foundation would not be a priority.

In an interview with the New York Times on November 21, he said, “I don’t want to hurt the Clintons, I really don’t.”

But he didn’t rule out a continuing probe of the foundation, saying, “we’ll have people that do things,” on the foundation, which the Times wrote was, “perhaps a reference to the F.B.I. or Republicans who might continue to press for prosecutions in the email or foundation cases.”

It’s rare for a president to stop an FBI investigation. Halting an ongoing probe by the FBI, which is an independent law enforcement agency, can be fraught with many political risks for presidents and can expose them to charges of interfering or politicizing law enforcement activities.

The Clinton Foundation originally started in Little Rock, Arkansas as the main nonprofit entity to build and maintain the presidential library for former President Bill Clinton.

As its activities exploded in the United States and overseas, its operations migrated to New York City.

In 2015, the foundation reported it had 528 full-time employees, most of them working in offices located on Wall Street. It’s net assets in 2015 were $347 million according to its Form 990 tax filing with the Internal Revenue Service.

The charity moved in 2011 from Harlem to Wall Street where they shared offices with the investment giant Goldman Sachs, according to WikiLeaks.

The move to Wall Street doubled the foundation’s rent, from $1.8 million to $4 million, according to the charity’s Form 990.

The spark for the FBI investigation appeared to be secret recordings of suspects in Los Angeles involved in money laundering activities who mentioned the Clinton Foundation. The disclosure triggered an investigation in that city beginning last February, according to the Wall Street Journal.

Other FBI bureaus also opened probes of the foundation in other cities.

On numerous occasions bureau agents also conferred with Peter Schweizer, who chronicled the money flows into the charity from influential and wealthy people and foreign governments and wrote about it in his book titled, “Clinton Cash.”

FBI Director James Comey has been criticized by both Democrats and Republicans for his decisions on probing Hillary Clinton over her use of a private email server for government business. He ended an investigation in July of this year of her email but then resurrected it just 10 days before the election when her emails showed up in a laptop owned by former U.S. Rep. Anthony Weiner.

Weiner, who is married to Clinton aide Huma Abedin, is reportedly being investigated on child pornography grounds when he allegedly “sexted” with underage girls.

Senior Justice Department officials reportedly were openly skeptical of the Clinton Foundation case and repeatedly tried to shut down the bureau’s probe. But the department was not able to shut down the FBI activities.

Content created by The Daily Caller News Foundation is available without charge to any eligible news publisher that can provide a large audience.