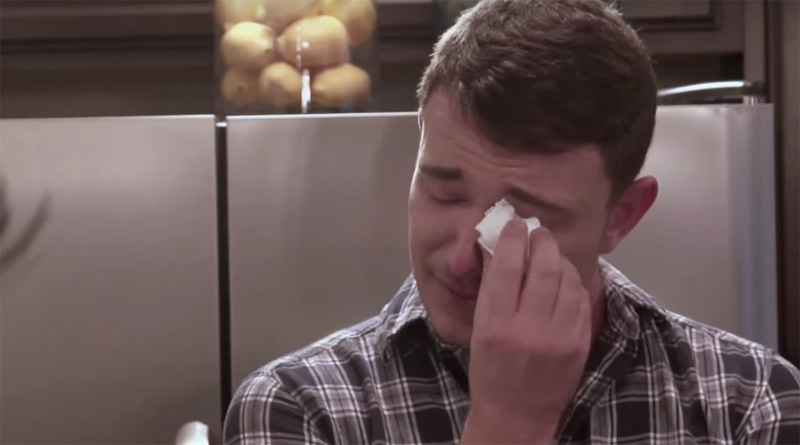 Recently I was informed by the entrail readers at 23andMe that I am no longer 0.002% sub-Saharan African or any other non-white subgroup. I was gutted by this revelation. “Yo, homie,” I thought to my suddenly all-white, non-inclusive self, “there goes your street cred, your shot at affirmative action handouts, and your ‘offensive’ explanations for your curly hair and fondness for fried chicken.” (Full disclosure: those explanations sometimes included the word “woodpile.”)

Then I heard another voice in my head, a decidedly WASPish voice, no mean feat for someone who is 79.6 percent Italian, according to 23andMe. “Remember, old sport,” the voice began, “you are still free, white, and way over twenty-one; and there’s no reason to accept being lumbered with a toxic ethnicity, namely Caucasian, that everybody, even other Caucasians, feels free to dump on.”

As I pondered this conundrum, I recalled a brilliant book that had helped to form me in my wasted youth—Stephen Potter’s Theory & Practice of Gamesmanship. In that same light-hearted spirit, I am taking this opportunity to announce that I do not wish to be known as a white person any longer. White person is a slave owner’s term, and I do not want to be shackled by that freighted association. All future references to me, therefore, should say that I am a person of white©.

White person plays to unfortunate stereotypes: the chap with three teeth and a moth-eaten beard who’s married to his cousin and who rides around in his pickup all day drinking Bud Lights and tossing the empties out the window; or some oaf with a row-house mentality, a hockey jersey, and a Waylon Jennings goatee who likes to go “coon huntin'” with his buddies on the weekend; or a lawyer in a preppy-pink polo greeting “visitors” to his neighborhood with the friendly wave of a semi-automatic.

By contrast, a person of white© is a tolerant, irony-loving bloke who is something of an Anglophile, who bears no malice and forethought to members of differently abled ethnicities, and who is not threatened by minority-set-aside programs. A rising tide lifts all yachts, especially in a trickle-down economy.

Lest anyone accuse me of striking an elitist pose, I hasten to point out that some of my best friends are white people. I often tease them by calling them “creepy-ass crackers” or “un-woke Karens,” and they don’t mind at all. They don’t even mind when persons of color say that white people are not allowed to go around claiming to be “woke.” (They might get shirty, however, if a person of color wearing one of those hooded thingies and stuffing his face with Skittles complains that he is being followed by a “creepy-ass cracker.”)

In order to make the rest of the world bend to my wishes, I shall petition the nearest social-justice-enforcement kangaroo court to make it a hate crime to refer to me as a white person. My father always called me the world’s laziest white man, but I’ll fight every “non-white” in here who calls me that.