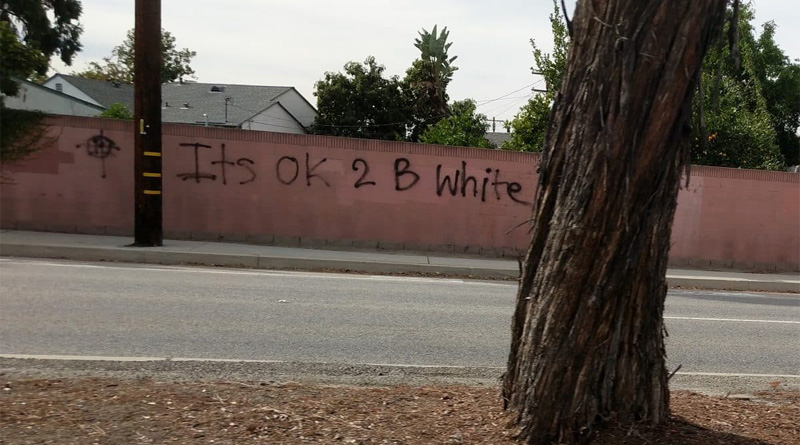 A Report by The Red Elephants:

It started as a house resolution condemning anti-Semitism. Then, anti-Muslim bias was added in. After that came “African-Americans, Native Americans, and other people of color. Then came Jews, Muslims, Hindus, Sikhs, Hispanic immigrants and others.” The bill was supposed to be about being against Antsemitism but turned out to be about being against bigotry against all of those groups. Alexandria Ocasio-Cortez lobbied to get Hispanics added, and other non-white democrats lobbied for ‘their people’ to be added to the bill.

All groups were cited in the bill except of course for bigotry against white people, which as everyone knows is the most prevalent in academia, hollywood, and Washington.

Here’s the revised clause of the anti-hate revolution with Latinos, AAPI and LGBTQ added pic.twitter.com/KpJmMrmWmc

The resolution didn’t condemn “all hatred.” Whites and Christians were not included as victims of hatred.

In fact, whites were singled-out as the only group that engages in hatred.

All of these “anti-hate” resolutions are just anti-white resolutions. pic.twitter.com/CQ5LbSQ3hD

The truth of the matter is however is that online, whether it be from verified accounts on twitter, Hollywood stars, political pundits, journalists, or prominent politicians, white Americans are the only group that is truly under attack in America today.

The seven-page resolution that passed the House acknowledges at one part that white supremacists have targeted “traditionally persecuted peoples, including African-Americans, Latinos, Native Americans, Asian-Americans and Pacific Islanders and other people of color, Jews, Muslims, Hindus, Sikhs, the LGBTQ community, immigrants, and others.”
The ‘verified hate’ campaign launched on twitter last year is the perfect example of this anti-white hatred. Public and viral hatred is being perpetrated against whites on a daily basis and twitter has not reprimanded a single account or person for doing so. It is seemingly encouraged and awarded actually because after the 3-year string of anti-white tweets by Sarah Jeong was discovered, she was given a verification badge by Jack Dorsey and the Twitter tech elites.

Don’t believe a word that Twitter exec Vijaya Gadde said on Joe Rogan yesterday. Twitter does NOT police anti-white racism equally, and everybody knows that. These are only a few examples from the #VerifiedHate exposé last year. pic.twitter.com/XHZ4q0EpH7

Outside of the ‘verified hate’ example, the Covington Catholic kids saga is another good illustration. CNN decided to describe the “Black Hebrew Israelite” hate group as just “black men preaching about the bible and oppression nearby.” In the same article they went on to describe the underage white kids as racist, white and bigots attacking a native-American. These examples of course are just scratching the surface.

Recently a professor at Diablo Valley College stood in front of students and described America as being a “white supremacist, patriarchal, capitalist society,” that must be overthrown. Another professor said that having a “white nuclear family” is promoting white supremacy. George Ciccariello Maher, a political scientist and activist who was an associate professor of politics and global studies at Drexel University, said last year that all he wants for Christmas is “white genocide.” These are of course just a few of millions of examples through recent history of open and public anti-white hatred, and it’s getting worse by the day.

But what are the actual statistics behind hate crimes and “hate speech” in this country? Who perpetrates the highest rate of hate crimes compared to each group’s population representation? Despite what your media and politicians tell you, it’s certainly not white people.

All of this, and it’s just laughed off by the majority of the public because the media and academia see whites as the evil oppressor that must be eradicated from the west.

The anti-white hatred is surfacing with most of the 2020 democrats as well. According to the New York Times, Both Kamala Harris and Corey Booker are supporting white people paying reparations to people of color in America.

If you look at this and think this is terrible news, it only get’s worse from here folks. Many intellectuals are predicting some form of Balkanization happening in America within the next 20 years. As the country changes from majority white to minority white, the attacks will worsen and the silence amongst the white working class will begin to dissipate. The Yellow Vest Protests in France will look like a PTA meeting compared to what some are predicting will happen in America within the next couple of decades.

What’s worse is that very soon the democrats will have complete control over policy forever. Based on how the soon-to-be majority votes and feels on the constitution, both the first and second amendment will be rendered effectively null and void. The “hate speech” the left talks about so much will be criminalized by the government, and the new mostly people of color government will usher in the social credit score. Not to mention, every statue or monument that they deem ‘racist’ will be dynamited. From Washington to Jefferson, From Thanksgiving to Columbus Day, your culture, values, borders, and language is soon coming to an end.

And what about crime rates? Well, this will be worse than you can ever imagine. America is already moving into a second-world stage and the coming majority demographic is vastly overrepresented in gang affiliation, murder, sexual assault, aggravated assault, and pretty much every other crime in this country per 100,000.

If you think that the violent crime in America increasing three-fold from 1950 to today was high, imagine what 2050 will look like with the majority of America being Hispanic and Black.