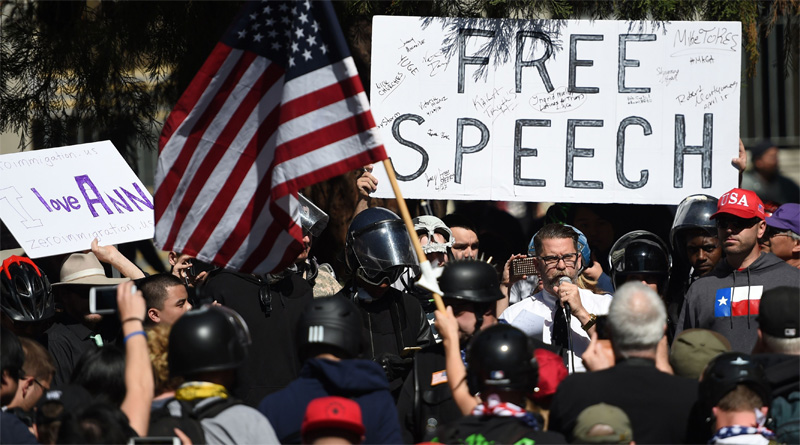 A DHS-run Central California Intelligence Center document detailed potential threats from Antifa protestors at an April 2017 fundraising event Republicans were hosting in a California county that featured Coulter as the keynote speaker.

“The decision by the GOP to pay Ann Coulter to speak has been met with multiple calls for protests and an outpouring of negative press from news sources local to Modesto, CA,” the report said. “Potential violence, due to anti-fascist (ANTIFA) extremist activities pose the greatest threat to public safety.”

Other pro-Trump events in the area “have met with protest activity,” the report said. “Subsequently, those protests were exploited by ANTIFA extremist [sic] to start riots, cause property damage and to attack attendees.” (RELATED: Antifa Plans To Disrupt Pro-Life ‘Christian-Fascist’ College Speaker’s Spewing Of ‘Anti-Women Poison’)

The intelligence center found “multiple references to Ann Coulter and protest and counter protest activity, some of which inferred riotous behavior being planned and encouraged at the … event.”

Another DHS-fusion center, the State Terror Threat Assessment Center, produced an intelligence brief on Alex Stein, a member of the neo-Nazi group Vanguard America, but the report ultimately focused more on Antifa’s violence.

The document detailed how an Aug. 15, 2017 Vanguard meeting “ended in a violent altercation with ANTIFA.”

It also showed how Antifa ousted Stein on Twitter as a racist and that “Antifa members appear to be conducting electronic surveillance of gaming community chat rooms, coordinating activities in the area, and conducting physical surveillance to threaten assault opposing groups.”

The fusion center had few records related to violent white nationalists, but are “intensely focused” on Antifa, Muckrock reported.