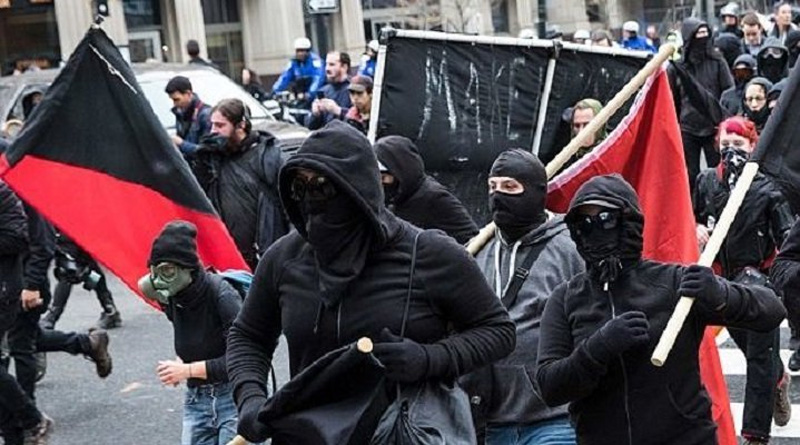 We already know that Antifa is an extreme left-wing fascist violent group.

The logs, obtained by the nonprofit media collective Unicorn Riot and published in full online, reveal more than a year of the hate group’s communications on the chat platform Discord. Despite rising to prominence during Donald Trump’s campaign, the Traditionalist Worker Party appeared to grow increasingly paranoid of protesters and fellow white supremacists alike. By March, days before the group’s highly public downfall, its adherents were boasting of building bombs, ostensibly to protect themselves from anti-fascists.

In California, Homeland Security continues to argue that Antifa, not white nationalists, pose “the greatest threat to public safety”…

The TWP dissolved dramatically in March when its leader Matthew Heimbach was arrested for allegedly assaulted his wife and TWP spokesperson Matthew Parrott after they caught Heimbach sleeping with Parrott’s wife. Heimbach’s wife is also Parrott’s stepdaughter.

“…at lawfully organized right-wing nationalist events including a June 2016 rally at the California Capitol in Sacramento organized by the Traditionalist Workers Party and its affiliate, the Golden State Skinheads.

According to police, counter-protesters linked to antifa and affiliated groups like By Any Means Necessary attacked, causing a riot after which at least 10 people were hospitalized, some with stab wounds.

In the days before the Heimbach’s arrest, a group of TWP members was in Michigan, acting as a security force for white nationalist Richard Spencer, who was scheduled to give a series of talks there. Paranoid of the protesters who met Spencer at every event, the TWP members wrote on Discord that they were hiding in a backwoods property Spencer had rented, and that they’d built explosives for him.

Suspicious transcripts state: “I fucking love having you at events with your molotovs and smoke bombs from home,” one TWP member—apparently Parrott’s wife—told another. She implied that they had left explosives for Spencer as a gift. “I wonder what Spencer thought of the molotovs on his back porch in the morning,” she wrote.

How reliable are these claims?

The news clip continues with other “claims” of suspected bomb threats…