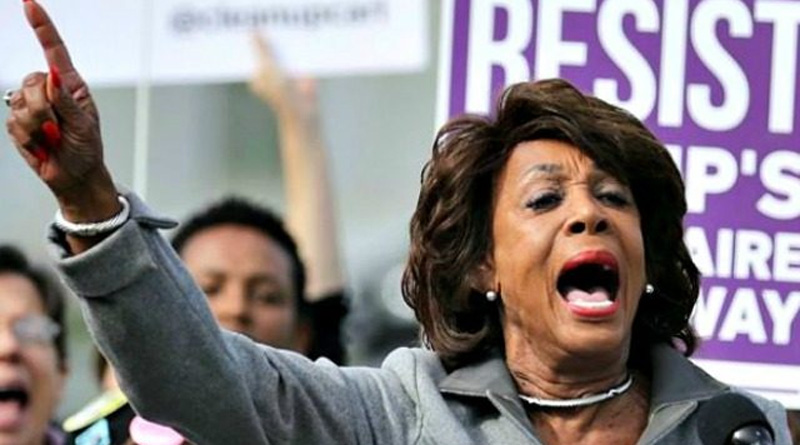 Maxine Waters is a two-legged variety of the Howler Monkey, (Genus Alouatta.) They are loud, ugly, odoriferous, and comprehensible only to their own kind.

Her lies are legion and it’s a good bet that she has no idea this is the case: Her lack of concern for accuracy is rivaled only by her lack of intelligence. In short, she is an ugly, black, loud-mouthed ape whose only redeeming virtue is her predictability.

She has been promising Impeachment to her constituents for so long, she will probably be the last person outside of CNN (the Communist News Network) to be dragged kicking and screaming to a recognition that President Trump has committed NO Impeachable offenses, whatsoever. Nor did he “collude” with Russia.

Her “constituents” — a motley collection of criminals, pimps, mail-box watchers, whores, morons, drug-dealers and murderous gangs — will probably go to their graves believing her endless lies. Unlike Waters, they don’t know any better.

The only real difference between Maxine Waters and a Howler Monkey is that the latter is cuter, infinitely more charming, and a great deal more intelligent than the Congresswoman could ever pretend to be.

One thought on “Somebody’s Gotta Say It !”