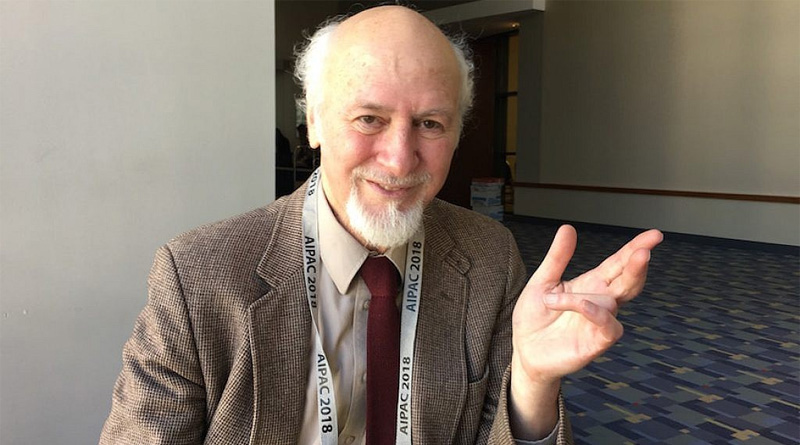 It’s not every day that I find something good to say about a 74 year-old Jew who is both a queer and probably a communist. However, the “Midterm” campaign season is shaping up to be fascinating, and one candidate deserving some credit is running for a U.S. Senate seat in Maryland.

A Jewish pervert and self-proclaimed socialist named Jerome Segal has actually “declared himself at the ball,” and has candidly revealed these intimate facts about himself. You’ve got to give him credit for being honest about his perversity and his Marxism, because his candor makes him UNIQUE among his tribe, his sexual affliction, and the “Democrat” Party.

These questions were unrelated to politics, except in the minds of the North American Man-Boy Love Association (NAMBLA,) whose members advocate repeal of existing statutory rape laws so they can legally prey on children.

The rest of his ad is a juvenile effort to contrast socialism and capitalism, worthy of a Fourth Grader. He finally ends the ad with this statement:

“My name is Jerome Segal. I’m a socialist and proud. I’m happy to be part of the LGBTQ&S community, and you should fess up, and be proud as well.”

Segal deserves credit for his candor, because unlike the remaining 99% of the “Democrat” Party — who misrepresent themselves every time they open their mouths — this guy at least had the integrity to tell the truth about himself.

When was the last time you saw a Marxist, a Jew, or a queer accurately represent themselves to the American Electorate? The overwhelming majority spend most of their time trying to deceive the Electorate by camouflaging their Marxism, their tribe, their perversions, their phony histories and their dishonesty.

If Barack Hussein Obama had been as honest as Jerome Segal, even an idiot like John McCain would have taken all 50 states in 2008, and we would have been spared the most disastrous eight years in American history.

2 thoughts on “A Unique Candidate”