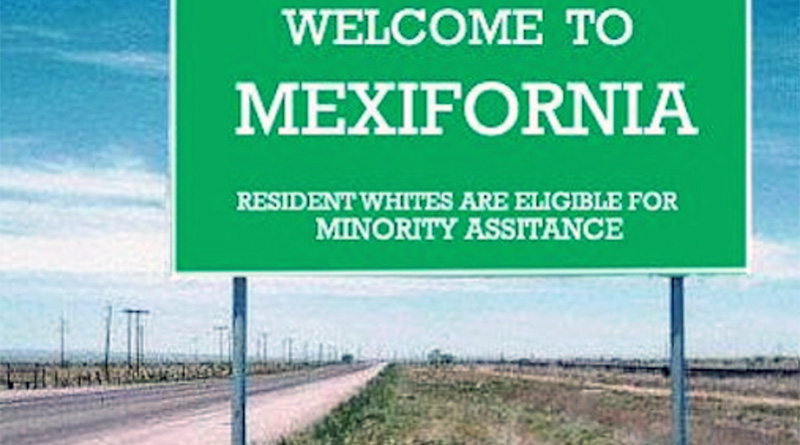 Victor Davis Hanson, a classicist at California State University, Fresno, brings a fifth-generation Californian’s perspective on the state’s slide into Third-World “Mexifornia.” He grew up in Selma in the San Joaquin Valley where he still runs a family farm, and has witnessed the steady dispossession of “Anglos” (though Prof. Hanson is of Swedish extraction).

Mexifornia’s first-hand descriptions of the depredations of Mexican immigration are compelling, and the book sounds the alarm about the need to control immigration, but like so many others who are beginning to see the light, Prof. Hanson cannot bring himself to acknowledge or understand race. Assimilation, and an end to racial nose-counting, he claims, would turn everyone into equally good citizens.

As a child in the 1950s and “60s, Prof. Hanson was one of few whites in Selma. Most of his classmates were legal Mexican immigrants, along with a remnant of the white “Okies” who still did farm work. He says there was some mild racial tension, but that a strong assimilationist ethic meant everyone was American, regardless of race. He even claims to feel most comfortable “with the people I grew up with, a population of mostly Mexicans, Mexican-Americans and whites who were raised with non-whites.” 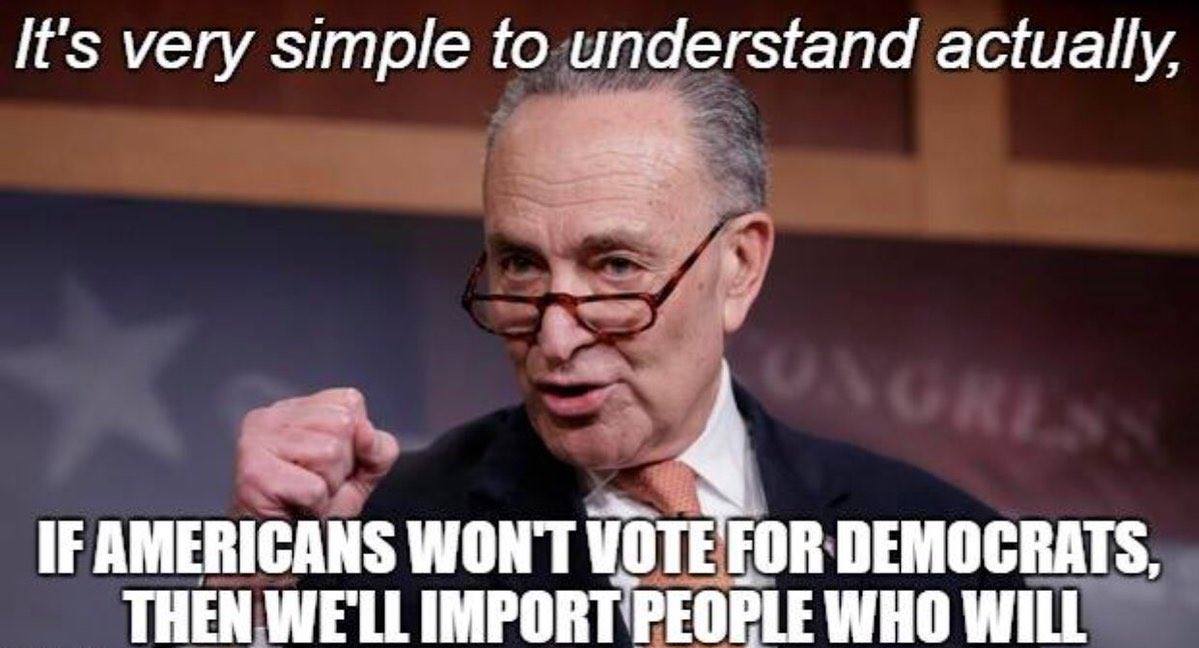 It was the disappearance of Prof. Hanson’s California of the 1950s that prompted him to write Mexifornia. At 150 pages and without footnotes, the book is a personal reflection of the changes one man has seen over the last 40 years.

Today, Selma is almost entirely Mexican. La Raza-typeracialism has replaced assimilation, and Prof. Hanson deals almost daily with the problems — unseen by most whites — of mass immigration. Illegals use his farm as a garbage dump. He regularly finds used diapers, plastic toys, old magazines, television sets, vermin-infested sofas and beds, and even junk cars on his property. His most bizarre discovery was a 1950s camping trailer (no plates or registration, of course) abandoned in front of his house. It was filled with broken furniture, tree limbs, garbage, clothes, and old newspapers. The tires were flat and the trailer was impossible to move. After three weeks, the county finally removed the monstrosity with a skip loader and a dump truck.

I couldn’t help but speculate about the mentality behind the trailer. Apparently, after it reached critical mass, some people finally realized that such a stinking, noxious mess was unpleasant in their own environs — so they decided simply to tow it out to the premises of a gringo farmer who would probably take care of it.

Prof. Hanson cannot use his mailbox for outgoing mail because it will be stolen. Mexicans have robbed him and assaulted his family. Farm tools disappear immediately if they are not locked up. Gang graffiti mars his property. It is pointless to go to the bank or the DMV because no one there speaks English. Drunken farm workers with no insurance cause traffic accidents. Hospital emergency rooms overflow with immigrants, none with insurance, waiting to be treated at taxpayer expense for everything from minor injuries to gun shot wounds.

Prof. Hanson writes that massive immigration and abandonment of the “melting pot” ideal have created a society within a society in California. Rich whites and Asians live behind fences in wealthy communities, while Hispanics pick fruit, do washing, cook, paint, and mow lawns. Prof. Hanson criticizes both liberals and conservatives for letting this happen. Conservatives want cheap labor and don’t care whether it is legal or illegal. Liberals want more non-whites for racial preferences and big-government programs. And, of course, Hispanic race activists want more Hispanics to increase their own racial power.

Unfortunately, Prof. Hanson feels compelled to deny repeatedly that race has anything to do with the creation of Mexifornia. “Multiracialism works,” he once said in an interview; “multiculturalism does not.” Still, he has managed to see through a few of the most preposterous racial orthodoxies. On the notion that “white racism” is responsible for the plight of poor Mexicans, he writes:

Koreans . . . are as ‘unwhite’ as Mexicans; yet their culture puts a premium on business, education and family, not government largess . . . So far, Mexican-American citizens have not been interned; nor have they been blown to bits while building railroads; nor have they suffered a holocaust by an invading Islamic power — disasters that did not stop the Japanese, Chinese and Armenians from reaching per capita economic parity with the majority in California.

At the same time, he writes sentences as stupid as this: “[T]he effects of total assimilation, intermarriage and ending government-sponsored separatism would have obliterated perceptible differences in income and education among Mexicans, whites, blacks and Asians.” Like many neo-conservatives, Prof. Hanson refuses to see the obvious, even as he documents problems that are deeply racial. He actually appears to believe that the forces of assimilation that, even at their most vigorous, could not bring blacks or Indians into the white mainstream, will somehow succeed with Mexicans, Guatemalans, and Haitians. This foolish sentimentalism is now the obligatory backdrop to any critique of race or immigration policy.

Spanish, de facto, becomes coequal with English; poverty becomes endemic; the federal and state governments replace the impoverished municipality as the salvation of last resort; schools erode; crime soars; and there seems to be little cultural opportunity for integration and Americanization.

Of course, this has already happened in much of southern and central California. And if whites are capable of learning anything, perhaps it is best for this process to continue. Maybe a Mexifornia so hideous and undeniable not even liberals could pretend it was a model would serve as a warning to the rest of America about the realities of race, civilization and uncontrolled immigration. Losing California to Mexifornia is a tragedy. Losing America to Meximerica would mean the death of our nation. As a Mexican friend told the author, “If you let us make California into Mexico, we will just go to Oregon. If we turn Oregon into Mexico, we’ll stampede our way into Washington . . .”