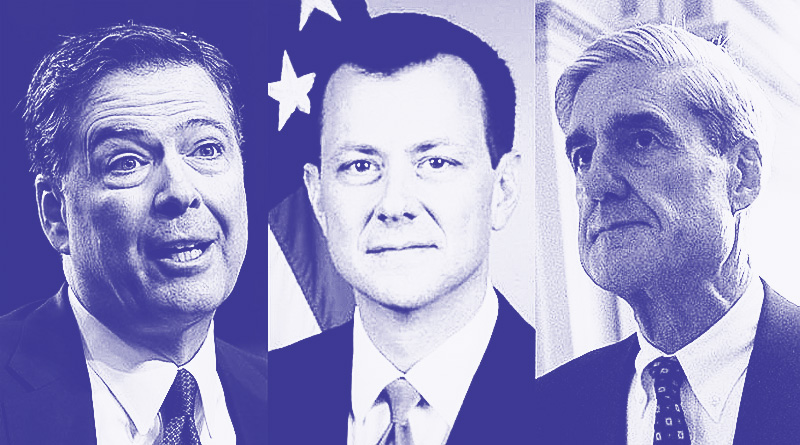 The plot of John LeCarre’s masterful spy novel, Tinker, Tailor, Soldier, Spy involves the unmasking of a Soviet spy who rose to become the # 2 man in British Intelligence.

The novel was based loosely on the “Cambridge Spy Ring” that severely damaged British and American espionage for several decades before and after World War II. LeCarre` (whose real name is David Cornwell) knows his subject well, having himself worked with Britain’s Secret Intelligence Service, or MI-6.

In the novel, when the British Prime Minister and his Cabinet received credible evidence that a Soviet mole had penetrated MI-6, they immediately enlisted a retired agent to investigate and expose the mole. There are several lessons to be gleaned from this novel for the day when President Trump must clear the Justice Department and FBI of “Deep State” traitors placed there by the Obama administration.

One parallel with our current scandal is that the Soviet mole was so artfully concealed, that everyone who suspected the existence of a mole was made to seem foolish and soon forced into retirement. Meanwhile, all those who naively assisted the mole were applauded, rewarded and promoted.

If there is one thing that the “Justice Department” and FBI have demonstrated over the past two years, it is that these agencies are too corrupt to be capable of investigating themselves. This is glaringly evident in the FBI’s phony investigation of Hillary Clinton’s illegal e-mail server, where she was exonerated by disgraced FBI Director James Comey even before she was interviewed by investigators.

It is also evident in the way in which rogue Justice and FBI personnel used a fraudulent “dossier” –- paid for by the Clinton Campaign and the DNC –- to obtain a Foreign Intelligence Surveillance Act (FISA) Warrant to spy on Mr. Trump and his campaign team during the 2016 Primaries and General Election.

That same “dossier” was later used to justify Independent Counsel Robert Mueller’s investigation of “collusion” between Russia and President Trump. This is the biggest witch-hunt in American history, and a full year later, has found no evidence whatsoever because there isn’t any.

By virtue of his being involuntarily retired by MI-6, George Smiley was considered to be above suspicion when it came to any potential collusion with the mole. Also, having been # 2 man at MI-6, Smiley was also intimately knowledgeable about its operations.

Kalstrom is “Old Bureau,” and would never have permitted the kinds of shenanigans during his watch that routinely occurred under Obama and his two black Attorneys General. As former head of its New York Field Office, Kalstrom not only knows and understands the Bureau, but he also has the respect and admiration of everyone who has ever worked with him.
Like LeCarre’s Prime Minister did when drafting George Smiley to find the Soviet mole, it is important that President Trump allow Kalstrom to select his own team of investigators. No one knows better than Kalstrom with whom he works well, and who would be an asset to him.

In light of the scandalously timid conduct of both Attorney General Sessions and FBI Director Christopher Wray, it would be wise to allow Kalstrom to bypass these two, and make his own recommendations for the more sensitive and important positions at the Bureau.

In order to be effective, Kalstrom must serve in a “break-out” capacity, someone who reports exclusively to President Trump rather than Attorney General Sessions. Sessions has been so weak and useless, it would be a mistake to require Kalstrom to go through the existing chain-of-command to report any reorganizational or personnel shake-ups at the FBI.

Peter Strzok was the FBI Agent who oversaw the phony investigation of Hillary’s e-mails, was heavily involved in procuring the fraudulent “dossier” on President Trump, and was instrumental in colluding to illegally obtain a FISA warrant to spy on Mr. Trump during the 2016 Primaries and General Election. He also ended up on Robert Mueller’s team of investigators until he was fired for misconduct.

Such traitors should be in prison where he and his co-conspirators belong.