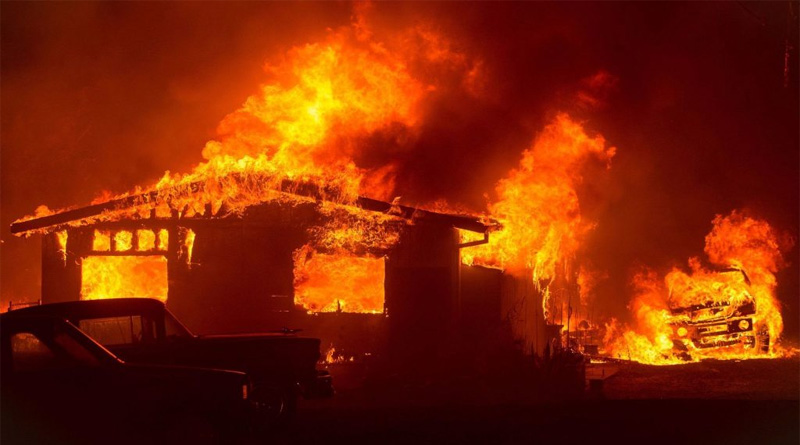 If you believe that uncontrollable fires in California are a natural phenomenon, you weren’t around in the 1950s or 1960s. I lived in California in the 1960’s and built a plant in San Leandro near San Francisco in the 1970’s. There were always fires, but in those days, they were usually contained and rarely became a danger to homes and entire communities.

Obviously, something changed: It was the radicalism and goofiness of the powerful “environmental” movement and their preposterous claims. No doubt about it, these recent fires are due to California’s environmental legislation and regulations promoted by wacko “environmentalists.”

Prior to 1990, county fire departments all across California routinely cut fire-breaks every few miles through heavily forested areas. These were a safeguard that consistently permitted fires driven by the Santa Anna winds to be “contained” and were usually manageable.

However, in 1992 self-styled “environmentalists” discovered the Kangaroo Rat, which they declared an “endangered” species. They also claimed that firebreaks interfered with the natural habitat of these endangered rats. Their resulting regulatory and legislative initiatives barred county fire authorities from cutting fire-breaks.

Then in 2016 these same nut cases enacted laws (California Forest Practice Regulations, Title 14, California Code of Regulations,) that prevented anyone from removing dead trees from forested areas. By enacting this law, they created a statewide tinderbox.

The current disastrous fires found across much of the state of California are the handiwork of wacko environmentalists and their enablers in Sacramento. The latter have protected neither man, nor beast, nor woodlands, and they have helped destroy over 130-million trees.

Trees clean the air through the absorption of Carbon dioxide and — by virtue of the process of photosynthesis — produce oxygen. This is why California’s traditional problem of smog will get much, much worse in the immediate future.

So, President Trump is correct: Leftist “environmentalists” have done grave damage to many human beings, an estimated 130 million trees and the flora and fauna those trees once sheltered, such as the Kangaroo Rat.

Once again, the left has visited profound damage on the very objects of its misplaced “compassion.”