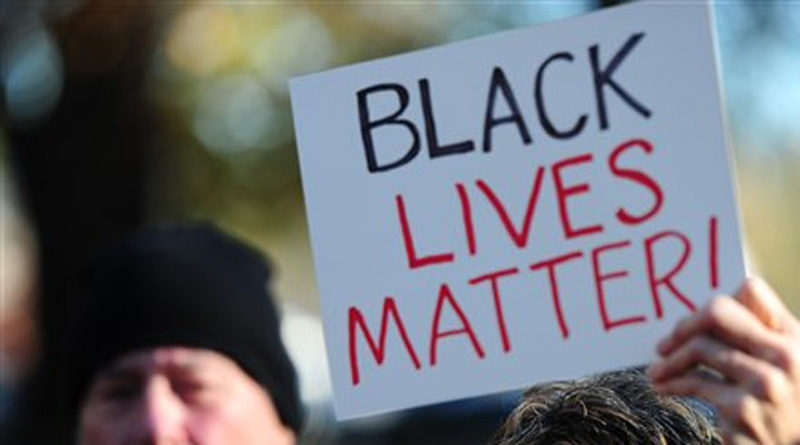 “Black Lives Matter is not only anti-Israel and antisemitic,” said Klein, noting the Marxist ideology of the Black Lives Matter campaign. “They’re anti-American. They want to defund all the police, get rid of the entire U.S. military armamentarium, they want to have reparations to Iraq, Somalia, and Libya. They want to end capitalism. They publicly say they’re trained Marxists. They’ve never condemned the riots, looting, or the killing and destruction in the last few weeks.”

The Black Lives Matter protests and riots ended more black lives in 2 weeks than police took in all of 2019.

“By defending Black Lives Matter as a group, [Jewish organizations] feel they’ll be protected [and] that makes them secure,” Klein stated. “That’s why so many synagogues have huge signs — ‘Black Lives Matter’ — thinking that’ll protect them. Appeasing evil groups like Black Lives Matter will only make things worse. They’re sending a message that we’re scared to death and will embrace them, no matter what. You’re only going to get more violence and terror.”

Klein added, “Jews are scared to death of these blacks going after Jewish institutions and Jews. The last few months we’ve had blacks attacking Jews all over Brooklyn, Crown Heights, Jersey City, [and] Monsey. They’ve killed a number of Jews, and [Jews] are scared to death, and by saying nothing — and by appeasing Black Lives Matter with these statements of support — it will only make things worse.”

Klein attributed vandalism of synagogues to those affiliated with Black Lives Matter, including messages such as “F*** Israel,” “Free Palestine,” and “Kill All The Jews.”

“This is what you see in many synagogues, and yet no Jewish groups have condemned them but ZOA,” Klein remarked. “The Anti-Defamation League doesn’t say a word against them, not J Street. None of them have condemned Black Lies Matter for their violence.”

Klein noted that Black Lives Matter is not representative of blacks.

The ZOA condemned the killing of George Floyd as “horrific.”

“[Jewish organizations] are very much afraid of the Black Lives Matter people, thinking if we upset them they’ll go after Jews [and] Jewish institutions in a more serious way even more serious way,” Klein assessed.

The Anti-Defamation League (ADL), a left-leaning organization purporting to combat antisemitism, produced curriculum for high schools alleging the existence of “a larger context and history of African American men and boys who were killed at the hands of the police” in relation to Black Lives Matter.

J Street, a left-wing organization branding itself as “pro-Israel,” declared “systemic racism” as an American phenomenon oppressing “people of color” in a statement regarding the Black Lives Matter campaign.

Pollak stated, “No one’s talking about the antisemitism and the very real fact that American Jewish communities are under threat from this movement. We saw and heard a lot of worry and anxiety about antsemitism with people blaming Trump for a reported rise in antisemitic incidents in late 2016 and early 2017, and yet we hear nothing about Black Lives Matter. We hear nothing about the antisemitism associated with this movement. It’s like the ADL and these other organizations have suddenly lost their courage to speak out against antisemitism.”