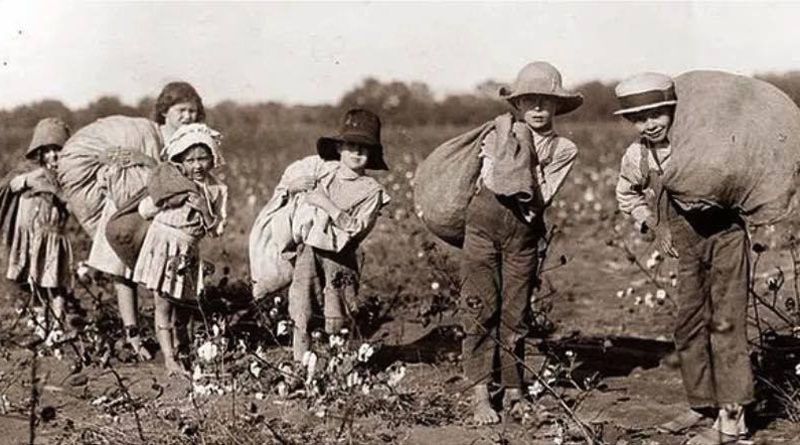 Democrat Senator Kamala Harris (CA) would be more than okay with Americans paying for reparations for slavery – despite the last American slave owners dying off over 100 years ago. (Flag and Cross)

“Democrat presidential candidate Kamala Harris is descended from Irish slave owner Hamilton Brown, the namesake of Brown’s Town in Jamaica, who recruited massive numbers of Irish migrants to Jamaica to work on his sugar plantations after the British empire abolished slavery.“

“My roots go back, within my lifetime, to my paternal grandmother Miss Chrishy (née Christiana Brown, descendant of Hamilton Brown who is on record as plantation and slave owner and founder of Brown’s Town) and to my maternal grandmother Miss Iris (née Iris Finegan, farmer and educator, from Aenon Town and Inverness, ancestry unknown to me). The Harris name comes from my paternal grandfather Joseph Alexander Harris, land-owner and agricultural ‘produce’ exporter (mostly pimento or all-spice), who died in 1939 one year after I was born and is buried in the church yard of the magnificent Anglican Church which Hamilton Brown built in Brown’s Town (and where, as a child, I learned the catechism, was baptized and confirmed, and served as an acolyte).”

Here is a full accounting of the slaves owned by Hamilton Brown, according to the National Archives in London, as of June 28, 1817 in the parish of St. Ann in Jamaica:

Hamilton Brown officially swore to the authenticity of this record, stating:

“I Hamilton Brown do swear that the above list and return consisting of two sheets is a true perfect and complete list and return, to the best of my knowledge and belief in every particular therein mentioned of all and every slaves possessed by me as owner, considered as most permanently settled, worked and employed in the Parish of Saint Ann on the twenty Eight day of June One thousand Eight Hundred and Seventeen without fraud, deceit or evasion So help me God.

Sworn before me this twenty fourth day of September 1817”