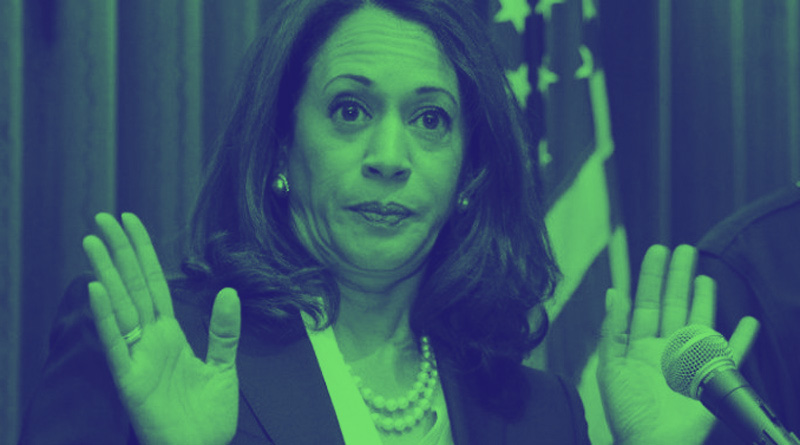 The Democratic frontrunner has yet to acknowledge the existence of her plantation and slave owner ancestor, Hamilton Brown – according to the senator’s father, Donald Harris.

An 1818 almanac available on Jamaican Family Search, an online genealogy research library, describes Brown owning several plantations – making him one of the most well-known slave owners on the island.

Of course, Harris has kept quiet about her family’s past. (RedState)

Last week, at the Democratic debate in Miami, Presidential candidate Sen. Kamala [D-CA] stirred up a racial hornet’s nest against former Vice President Joe Biden for his past pandering to segregationist senators decades ago.

“I do not believe you are a racist and I agree with you when you commit yourself to the importance of finding common ground,” Harris said, publicly chastising Biden at last week’s debate, “but it’s personal and it was hurtful to hear you talk about the reputations of two United States Senators who built their reputations and career on the segregation of race in this country.”

Harris’ months-in-the-making, made-for-TV attack on Biden is largely seen as an attempt to lure black voters away from the Democratic frontrunner and to tarnish his image.

To date, however, no one has asked Harris about her own Jamaican family tree, which reportedly goes back to Jamaican plantation and slave owner Hamilton Brown.

The Slavery Abolition Act abolished slavery in most British colonies, including Jamaica, in 1833.

The enterprising Brown decided to exploit his fellow Irishmen, using them as de-facto slaves until the practice of recruiting “Irish slaves” ended.