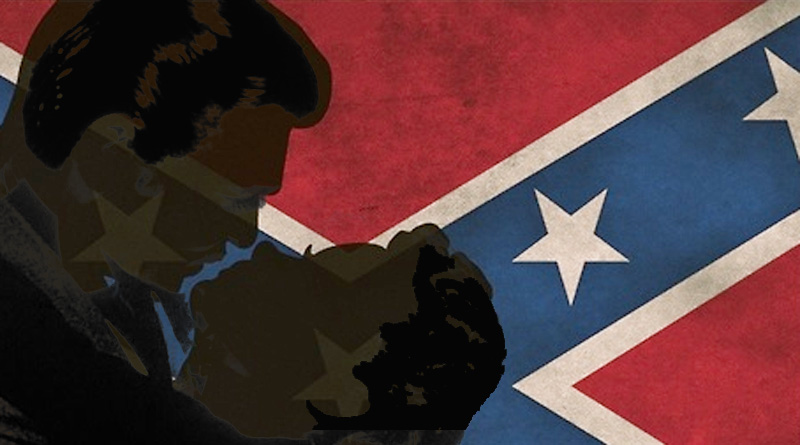 Please indulge me for a few minutes while I recount some ancient history in the form of my “war stories.” I’m referring to my experiences campaigning for and serving on the St. Louis School Board. The reason I ask for your indulgence is because this was a defining experience of my life, and it taught me many valuable lessons about our mortal enemies.

When former spy Whittaker Chambers exposed a Soviet GRU spy ring — at the very top of Truman’s Treasury Department in 1948 testimony before the House Committee on Un-American Activities — someone once wrote to him, “YOU’VE BEEN TO HELL, BUT DIDN’T RETURN WITH EMPTY HANDS.” I feel the same way about my experiences.

In 1989, I ran for the St. Louis School Board to fight court-ordered desegregation in St. Louis. At the time, I was warned by my CofCC allies – already elected to the board — about the inevitable full-court press the Corrupt Leftist Media in St. Louis would use to intimidate me into rethinking my candidacy.

The Corrupt Leftist Media in St. Louis were distraught that three of four CofCC members had been elected to the board two years before on an anti-busing slate of candidates. They hoped that the “feeding frenzy” they orchestrated would prompt me to betray the white voters of St. Louis and intimidate me into siding with the racist nigros and white race-traitors who have destroyed the St. Louis Public Schools, and have now driven just about every white kid from the system and their families from the city.

The ST. LOUIS POST-DISPATCH sets the tone for just about every other news media organ in St. Louis. This is identical to the way the Pharisees on the Editorial Pages of the NEW YORK TIMES dictate the dominant media narratives at ABC, NBC, CBS, NPR, MS-NBC, CNN, the L.A. TIMES and everyone else except Fox News and talk radio.

To give you a glimpse into exactly who our enemies are, the POST-DISPATCH flew the Soviet Flag over its main entrance on Tucker Boulevard during World War II and for several years afterwards. (I’m not joking: I’m talking about the sickle and hammer on a red background.) The POST was also named as a communist front by the House Un-American Activities Committee in the late 1940s because of the communist affiliations of some of its reporters and editors. It is with good reason that most sensible people in St. Louis refer to it as the “POST-DISGRACE.”

Prior to CofCC candidates getting elected to the school board, many white candidates had campaigned against federal court-ordered desegregation plans. However, once elected, they immediately aligned themselves with the racist, nigro criminal element and white race-traitors on the board. They became poachers instead of the game-keepers they had promised voters they would be.

Like most of the chameleons we send to Congress, these school board members quickly recognized there are many incentives available to those willing to betray their constituents, and only denunciation awaiting those who actually keep tough campaign promises. These game-keepers-turned-poachers often became darlings of the St. Louis news media, and received adoring “puff pieces” in the POST-DISPATCH, instead of the vilification by St. Louis’ black criminal element and white race-traitors that our side routinely endured.

Once elected, I always made it a point to convey an urgent warning to the prospective candidates we groomed to run for the board, and I tried to prepare them for just how relentless and vicious the Corrupt Leftist News Media would be to them. I tried to emphasize how powerfully it would affect them to become social pariahs and see their reputations trashed in the local news media for their relatives, friends and neighbors to see.

Although I tried to prepare them adequately for such an experience, none of them ever seemed to fully heed my warnings; that is, until it was too late.

Another female candidate we sponsored was so cowed by vicious and accusatory news media coverage, she was intimidated into calling around to ask the advice of friends whether she should withdraw in the middle of her campaign. I could hardly blame her: Until the first time you’ve seen your reputation and name trashed in print by the Corrupt Leftist Media, it’s almost impossible to imagine how powerful its affects can be.

It was an epiphany for me to be vilified and attacked so viciously when I first ran, but it was also a “tempering” experience. After 1989, I was never again concerned with anything the Corrupt Leftist Media said, did or thought. Frankly Scarlett, I don’t give a rat’s ass what they say because I know firsthand just how dishonest, biased and corrupt they truly are.

Speaking of memorable paraphrases from Gone with the Wind, there’s an overlooked line in that movie that might be a source of comfort to many of us who are regularly trashed by the Corrupt Leftist Media and their allies for speaking obvious truths they consider heretical.

The scene I reference was that ball where the women are “auctioned-off” to prospective dance partners in order to raise money for the Confederacy. Rhett Butler promptly bid $150 in gold for Mrs. Charles Hamilton, who is none other than Scarlett O’Hara in a state of semi-mourning for the young husband she recently lost in the War of Yankee Invasion.

In the process of conducting this pantomime “auction,” Dr. Meade rejects Rhett Butler’s offer, and explains that Mrs. Hamilton is in mourning and cannot accept. Rhett Butler persists, and Dr. Meade then responds huffily that “She will not consider it, sir!” Scarlett quickly pipes up, “Oh yes I will,” which caused Aunt Pittypat to actually faint for a change, instead of merely threatening to do so.

When the auction was over and Rhett and Scarlett took to the dance floor, she confides to him: “After this dance, my reputation will be lost forever.”

Rhett Butler’s astonishingly wise and poignant response is something we should always remember and take to heart. He replies: “With enough courage, you can do WITHOUT a reputation.”

The idea that we might cultivate a favorable image or improve our reputation with the Corrupt Leftist Media is absolutely delusional. There’s nothing anyone in our movement could possibly do to garner favorable coverage from them: That’s because they are the leading promoters of Marxist, multiculturalist and Zionist strategies in the West, and we are anathema to their strategies and goals.

I’m occasionally astonished when one of our leaders suggests some tactic to garner good publicity from the Corrupt Leftist Media. We must never forget that they are our mortal enemies, and we must never stop fighting them with the truth, which is their greatest enemy and our most powerful weapon. If we were ever to garner favorable or even balanced news media coverage, it would merely indicate that the Corrupt Leftist Media no longer consider us an adversary worth the powder.

We will always be vilified by the Corrupt Leftist Media, because we are the last obstacle standing in the way of their intended “New World Order,” a novel variety of feudalism to be run by classy folks like themselves. The rest of us will be expected to pay homage to Marxism, multiculturalism, feminism and, no doubt, a great many other “isms.”

In the future, resisting their socialist and Zionist New World Order will require a great deal of courage, because we will NEVER receive any thanks, nor will we ever be the subjects of any “puff-pieces,” nor can we ever hope to receive EVEN balanced coverage. In fact, all we will ever receive for our efforts will be vilification, slander, libel and second-guessing from those who will never even make an attempt to understand the reason for the White Nationalist Movement, or why we are a part of it.

We will be routinely denounced by those who do not understand the existential threat against us, and by those who willfully ignore such threats. In addition to the Corrupt Leftist Media, these will include clergy with no piety, as well as relatives and former friends who will shun us. Sometimes, it may even include timid members of our own movement.

In fact, there may be times when no one but God and you, yourself, will understand why you persist in fighting the battles you do. At such times, it’s vital to understand that our mission is nothing less than the preservation of the white race, Western Civilization and even Christianity itself from the fools, trash, traitors and barbarians inside and outside the gates.

If Gone with the Wind doesn’t adequately inspire you for the task at hand, let me suggest one of the Beatitudes from the Sermon on the Mount, found in the book of Matthew: Chapter 5, Verses 10 through 12:

“Blessed are they who are persecuted for righteousness sake, for theirs is the Kingdom of Heaven. Blessed are ye, when men shall revile you and persecute you, and shall say all manner of evil against you falsely, for my sake. Rejoice, and be exceeding glad: for great is your reward in heaven: for so persecuted they the prophets which were before you.”

Our task is a difficult one, but our path is not untraveled. The evil we confront can be traced all the way back to the Garden of Eden and for that reason, it is the same battle that many patriots and martyrs before us have also fought.

For example, most early Christians had it far worse than ourselves. So did religious believers in the Soviet Union and Eastern Bloc and those in every communist or socialist system ever to come to power. It is comforting to me to know that others have trod the same path we do, and fought many of the same battles that now confront us.

I do not believe that God will abandon us in this, our hour of need: He has never forsaken us before…