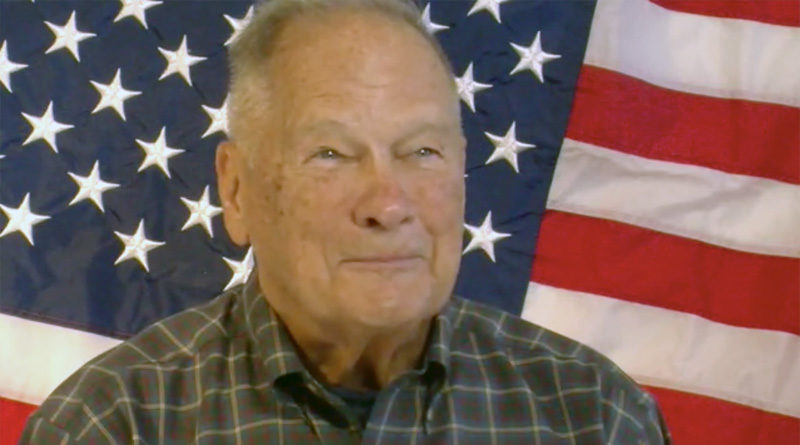 One of the courageous but unsung heroes of our age, Lt. Gen Charles “Chuck” Pitman, passed away on February 13th of this year after a lengthy battle with cancer. He served in the Marine Corps for almost 40 years, service that included three combat tours in Viet Nam as a helicopter pilot.

Despite being shot down 7 times by enemy fire, Lt. General Pitman was a survivor, who earned more than 70 medals including the Silver Star, Distinguished Flying Cross and a Purple Heart. Ironically, the mission of which he was most proud was unauthorized and almost led to his Court Martial.

Essex continued his killing spree a week later at a New Orleans motel by murdering two employees and a newlywed couple, and then set fire to several rooms in order to lure police to the scene so he could kill them as well. He then murdered three police officers and wounded several more.

Having watched this seemingly unending horror on TV, Lt. Colonel Pitman conceived the plan for which he is best remembered. Instead of wringing his hands and cursing, he “requisitioned” a helicopter from the Belle Chase Marine Air Unit Station that he commanded, and organized a volunteer flight crew to assist him.

With each man risking both his life and his career that night, Pitman then flew to an area near the scene of the on-going motel fire and firefight, where several armed NOPD officers were invited to board his helicopter.

Despite having to retreat several times under sniper fire by Mark Essex, Lt. Colonel Pitman carefully timed his mission by flying over the rooftop of the building where the sniper was concealed. When Essex emerged to fire upon his helicopter, Lt. Colonel Pitman illuminated him with a powerful spotlight that enabled police snipers to ventilate the black bastard with more than 200 rounds.

Instead of receiving a medal, Lt. Colonel Pitman initially faced a Court Martial for unauthorized use of military equipment and personnel. Thankfully, U.S. Congressman F. Edward Ebert of New Orleans was Chairman of the House Armed Services Committee at the time, and no one from the Joint Chiefs on down dared to initiate military discipline against Lt. Colonel Pitman.

To borrow a line from the film “High Noon,” if you have to ask why Chuck Pitman would risk his life and career in such a manner, you probably wouldn’t understand the answer.

May he Rest In Peace. Semper Fi, Chuck.