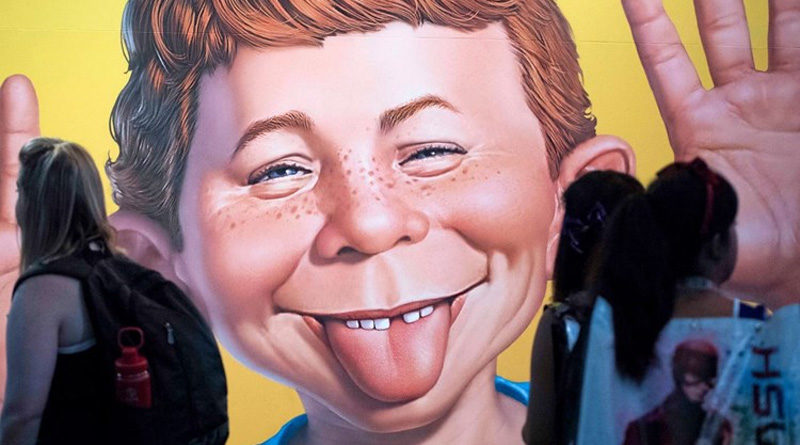 In a cringe moment, Mayor Pete Buttigieg gave advice on coming out as gay to a nine-year-old child in Denver during a campaign stop on Saturday night. Does anyone think that a nine-year-old knows about sexuality?

Surely this prepubescent child did this on his own, without the prompting of his parents — we’re expected to believe that, anyways.

“Thank you for being so brave,” the child asked in a question, which was read by Colorado Secretary of State Jena Griswold. “Would you help me tell the world I’m gay, too? I want to be brave like you.”

Powerful moment (better audio): 9 year old Zachary Ro of Lone Tree asks @PeteButtigieg how he can be brave and tell people he is gay too pic.twitter.com/1aUbYM8cDM

Buttigieg told the child, Zachary Ro, that it didn’t seem like he needed advice on bravery, since he said it in a room full of people.

LISTEN: Zachary Ro talked to a reporter about getting to meet Pete Buttigieg. The 9-year-old asked the former mayor of South Bend for advice on coming out as gay.
📹: KDVR, Tribune pic.twitter.com/IbWuORMl6Q

“I don’t think you need a lot of advice from me on bravery, you seem pretty strong,” Buttigieg said. “It took me a long time to figure out how to tell even my best friend that I was gay, let alone go out there and tell the world. And to see you willing to come to terms with you who you are in a room full of thousands of people you never met, that’s really something.”

“Let me tell you a couple things that might be useful. The first thing is that it won’t always be easy, but that’s okay because you know who you are and that’s really important because when you know who you are you have a center of gravity that can hold you together when all kinds of chaos is happening around you,” Buttigieg added.

The candidate continued on to say that “the second thing I want you to know is that you will never know who’s taking their lead from you, who’s watching you and deciding that they can be a little braver because you have been brave.”

The audience then broke out into a chant of “love is love,” according to a report from the Colorado Sun.

“It was exciting, and I felt really happy,” Zachary told the Sun after the rally. “I was glad I was able to tell everyone in the audience that I’m gay.”

The campaign claims that his question was picked from a bowl of them submitted by attendees at random.