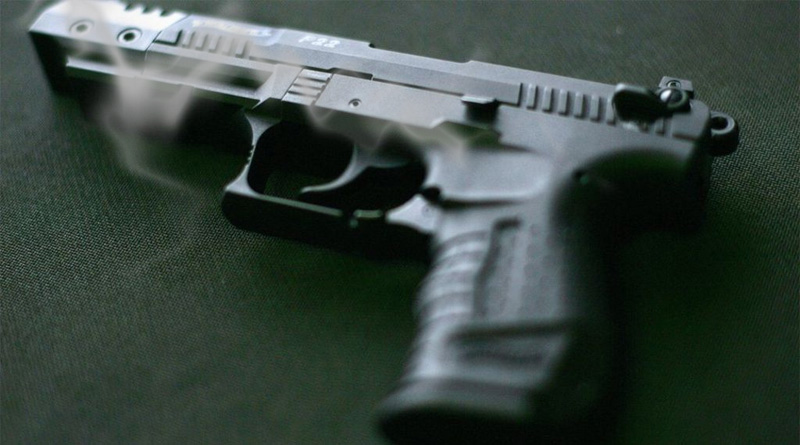 On 10 September 2019, Colorado Congressman Ken Buck (R-CO) offered an amendment to the proposed bill to create federal grants for “Red Flag” bills in the House of Representative. The amendment was offered in the Judiciary Committee. Representative Ken Buck’s introduction of the amendment occurs in the first minute and ten seconds of the video on C-Span. “Red Flag” bills allow police to confiscate guns from people with a mere accusation they may pose a threat. In Red Flag bills, there is little due process.

An accusation is sufficient. No court appearance by the accused, or confrontation of witnesses, is required. There is no presumption of innocence. To regain their rights, the person accused has to prove they are “not* a danger. They may incur thousands of dollars of court costs to regain the property that was taken from them without due process.

Representative Buck’s amendment would allow law enforcement agencies, on probable cause of a person belonging to a criminal gang, to use “Red Flag” laws to take guns from gang members.

Representative Buck offered testimony that most murders and violent crimes involving guns are committed by gang members. The standard of probable cause is much higher than a mere accusation from a family member or other person who may have motivation to make false charges, about potential future conduct.

The amendment pointed out the hypocrisy of the Left. The Committee Chairman, Representative Nadler, said a taking guns from a person, for simply being on a database, would violate due process. Red flag laws require less evidence than probable cause for law enforcement officials. They only require an accusation of the potential of a threat.

Rep. Buck told Tucker Carlson he was opposed to the “Red Flag” bill being passed at all. His amendment was to point out the hypocrisy, to show the Democrats want to take guns from people without criminal convictions, but who demand full due process for the people most likely to be involved in violent crimes.

Rep Doug Collins (R-GA) brought up the hypocrisy of the Democrats in voting to ban all members of the “no fly” list, which has far more problems with due process than gang members lists, from buying guns. On 23 June, 2016, the Democrats staged a “sit-in” on the House floor, to demand people on the “no fly” list be banned from purchasing guns. From pbs.org:

Democrats staged an all-night sit in, demanding a vote on plan to ban anyone on the government’s terrorist no-fly list from buying a gun.

The chairman of the Judiciary Committee, Rep. Nadler (D) New York, has this as part of a press release:

Congressman Jerrold Nadler (D-NY) joined with Democratic colleagues to stage a sit-in on the House floor calling on Speaker Ryan and the Republican Leadership to bring forward common sense gun legislation that prohibits the sale of firearms to anyone on the terrorist watch list and closes the gun show loophole.

There is no “probable cause” to be put on a no fly list. There is no way to appeal being on a no-fly list. The standard to be on a gang member list is considerably higher. Yet Democrats were all for banning everyone who is on a “no-fly” list from purchasing a gun. When it comes to street gangs, however, any possibility of a lack of due process is an excellent reason to not have gang members red-flagged.

Why would Democrats, who show an overwhelming desire to disarm Americans, be so concerned about disarming people who are likely gang members?

Separating law enforcement from gun owners has long been a goal of those wishing to disarm the American population.

About Dean Weingarten:Dean Weingarten: Dean Weingarten has been a peace officer, a military officer, was on the University of Wisconsin Pistol Team for four years, and was first certified to teach firearms safety in 1973. He taught the Arizona concealed carry course for fifteen years until the goal of constitutional carry was attained. He has degrees in meteorology and mining engineering, and recently retired from the Department of Defense after a 30 year career in Army Research, Development, Testing, and Evaluation.