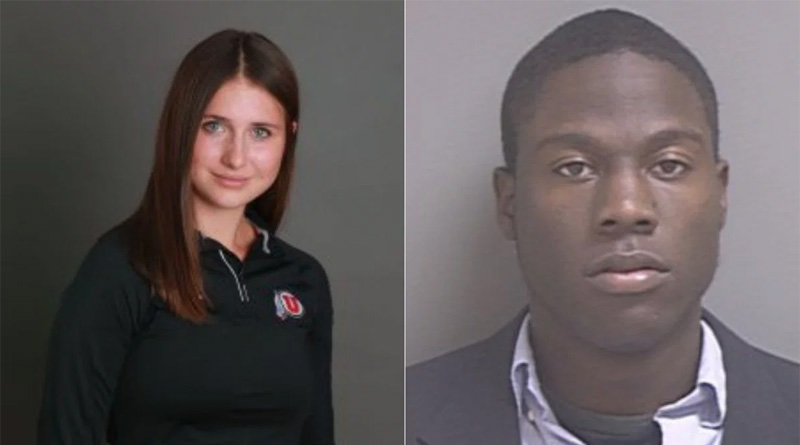 A senior track star at the University of Utah was killed by a registered sex offender with whom she had a previous relationship, police and university officials said.

The university identified the student as Lauren McCluskey, of Pullman, Washington, who was killed late Monday on campus by a suspect identified as Melvin Rowland, 37, who was found dead hours later at a church off campus.

“This news has shaken not only myself but our entire University of Utah athletics family to its core,” Utah’s director of athletics, Mark Harlan, said in a statement. “We have university counselors and psychologists on standby to support Lauren’s teammates, coaches and friends.”

University Police Lt. Brian Wahlin told the Salt Lake Tribune that officers were searching for Rowland after he got into an argument with McCluskey, 21, at about 9 p.m. Monday. A shooting on campus was reported by university officials about an hour later.

Responding officers then found McCluskey’s body inside a parked car near a residential hall on campus, university officials said.

Hours later, at about 2 a.m. Tuesday, the University of Utah alerted students that Rowland had been located and was no longer a threat to students on campus.

In 2004, Rowland was convicted of attempted forcible sex abuse and enticing a minor over the internet, according to Utah’s sex offender registry.

Wahlin told USA Today that police chased Rowland into a church, where they found him dead with a self-inflicted gunshot wound from the same weapon he used to shoot McCluskey.

“We don’t believe there is any more threat or danger to the public,” Wahlin told the newspaper.

McCluskey’s relatives told KSTU that she and Rowland had dated for about a month before she learned about his past and ended their relationship on Oct. 9. McCluskey then requested assistance from university police to get her car back from Rowland, who lied to her about his name, age and criminal history, her relatives told the station. McCluskey later reported being harassed by Rowland to university police.

McCluskey’s mother, Jill, told the station she was on the phone with her daughter when the attack started.
“Last night a little before 9 p.m., she was returning to her university apartment from her night class and talking to me on the phone,” McCluskey told the station. “Suddenly, I heard her yell, ‘No, no, no!’ I thought she might have been in a car accident. That was the last I heard from her.”

McCluskey’s husband then called police before a young woman picked up the phone and told her that Lauren’s belonging were scattered on the ground, Jill McCluskey said.

Day and evening classes were canceled in the aftermath of McCluskey’s death and a vigil in her memory is planned for Wednesday. Counselors and other support resources will also be made available to students, university officials said.

“Lauren was a highly regarded member of the university’s track and field team and an outstanding scholar, a senior majoring in communication,” the university’s statement continued. “Her family is understandably in shock at this news about their daughter. They are heartbroken.”

One student who lives near where McCluskey was shot said he didn’t feel safe on campus, where he lives in family housing with his wife and three children.

“I just heard all the commotion,” Tyler Olsen told the Salt Lake Tribune. “I was terrified.”