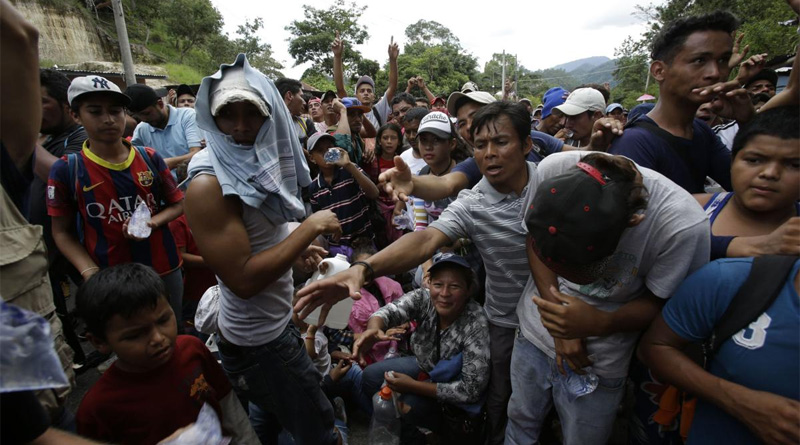 Following news stories that President Trump may send a small contingent of troops to the U.S.-Mexico border, Politico first reported that the President is also considering executive actions to prevent individuals traveling in the “migrant caravan” from entering the United States.

The administration is considering a wide range of administrative, legal and legislative options to address the Democrat-created crisis of mass illegal immigration,’ a White House official said. ‘No decisions have been made at this time. Nor will we forecast to smugglers or caravans what precise strategies will or will not be deployed.

While the Administration had not made public any definitive plans for dealing with the potential arrival of thousands of Central Americans at the southern border seeking to gain entry into the United States, President Trump was emphatic that the United States would prevent those traveling in the caravan from entering the United States, and on Monday threatened to cut off foreign aid to Guatemala, Honduras, and El Salvador, the countries whose citizens make up the majority of caravan members.

The decision by the Supreme Court in June upholding the legality of President Trump’s travel ban promulgated shortly after he took office bolsters his ability to deal with the present situation.

Any attempt to block the entry of Central American migrants is likely to prompt legal challenges, though Trump is likely emboldened following a Supreme Court ruling earlier this summer that affirmed the president’s right to bar the entry of migrants who “would be detrimental to the interests of the United States.

As of now, it is still unclear how the Administration will handle those who arrive at the border seeking to gain asylum in the United States.