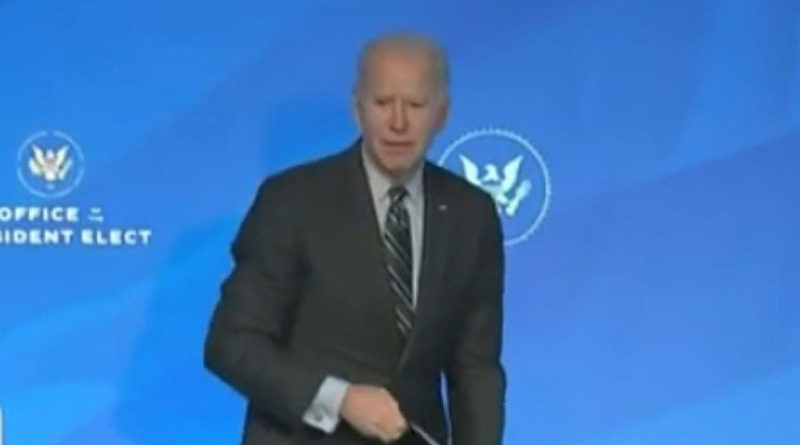 78-year-old Joe Biden on Saturday introduced his “science team” and announced he would be elevating the director of the Office of Science and Technology Policy to a Cabinet position.

Biden’s ‘science team’ will focus on Covid-19, climate change, technology, the economy and the ‘long-term health of science and tech’ in the US.

This is all a part of the “Great Reset” where Big Pharma and Big Tech will work together to control who can travel, who can work and who can participate in the exchange of commerce.

“We’re going to lead with science and truth,” Biden said at a speech in Delaware. “We believe in both.”

In the "unedited" video Biden was asked if there was a chance he wouldn't get inaugurated and he didn't answer.

“Is there any scenario where you would not be taking the oath outside on Wednesday?”

“The science behind climate change is not a hoax. The science behind the virus is not partisan. The same laws apply, the same evidence holds true regardless of whether or not you accept them,” Kamala Harris said.

The look on his face says it all.

If he were a Republican, there would be talk of invoking the 25th Amendment.

Here is close up of Joe Biden’s face:

We are so screwed.

He has no idea where or who he is sometimes. >pic.twitter.com/1NNJNXEvxf