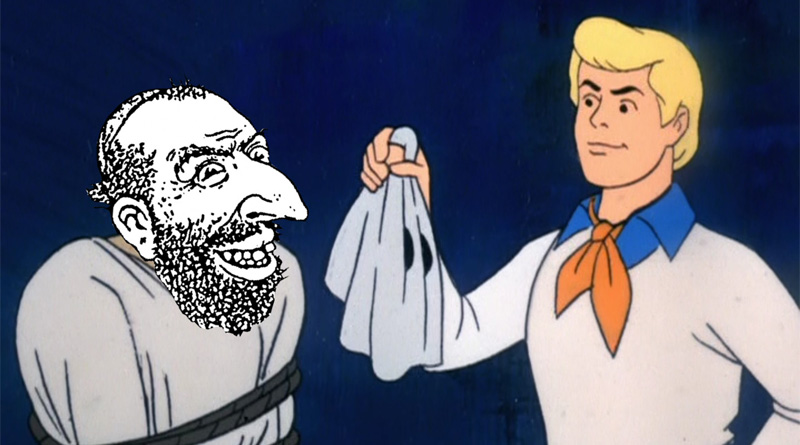 This is why I think that it is would be a big mistake for the Jews if they are successful in mongrelizing the white race out of existence.

First, the Jews have been having a great success in getting everything they want out of white people. They began the denigration of the white race and the collapse of our moral standards with Sigmund Freud and Franz Boas. Margaret Mead was a student of Franz Boas. And, she wrote the fraudulent Coming of Age in Samoa. Not only what she claimed about Samoa being a free sex paradise not true, but whatever the sexual mores of the Samoans were, why would we want to emulate a people who were cannibals and live in grass huts. Of course, the Samoans who are N.F.L. stars do not live in grass huts, but the discovery of the talent of the Samoans for playing football was long after Margaret Mead. And, it did not take long for the Jews to take over the American academia and turn it into a propaganda machine for the denigration of western culture and free sex.

An example of the extreme views that can be heard at an American university is former Harvard professor Noel Ignatiev, a Jew of course, who wants the white race to be destroyed. How is it that Harvard University, perhaps America’s most prestigious university in America, would hire a nutcase like Noel Ignatiev? And, the newly appointed president of Harvard University is a Jew and most of the Harvard students who are classified as white are really Jews.

Throughout our academia there are a disproportion number of Jews and many of those who are not Jews are supporters of radical Jewish causes. Now, free speech is being suppressed on campuses making difficult for opinions other than those supported by radical Jews to be heard. And, the mainline media, both “news” and entertainment are great resources for radical Jewish propaganda because it reaches right into everybody’s homes.

Without normal families, blacks cannot rise on their own in society and black neighborhoods will remain jungles. Of course, according to the media, all black failures are the fault of whites. So, the media turns black thugs into martyrs while the media fails to report the most horrid black on white crimes. Perhaps some radical students and professors should emigrate to resource rich Nigeria, where in the Muslim north, homosexuals are stoned to death and the fortunate homosexuals in the Christian south only have to face 14 years in prison.

Then there was the financing of the Bolshevik Revolution in Russia. Jacob Schiff who was the leader in the financing of the Bolshevik Revolution had a daughter who was married to a brother of Paul Warburg. Certainly, non-Jews could have done a better job in managing our money supply. And, non-Jews would have been loyal to America which the Jews who have managed the Federal Reserve Bank have not been. Jews have been so successful not due to their competency and achievement. They have been successful through networking, self-promotion and dirty tricks. And, America has had billions of dollars and our best weapons extorted from our country by Israel and the lobbying of subversive American Jews whose total loyalty is to Israel.

The American Jewish zionists do not have dual loyalty; they have one loyalty which is to Israel. And, Israel has sold some of our military technology to the Peoples Republic of China. We now have been for many years involved in wars in the Middle East which have costs America many billions of dollars and thousands of American lives for the benefit of Israel which are really harmful and not beneficial to America in any way. So, why would Jews want to destroy white America which has been such an obedient slave to Israel? Of course, the whites of America might wake up one day and turn on the Jews. Of course, this is definitely a possibility, And, I would certainly want to see it and I think many would also want to see that happen. However, the end of white America would be a horrible mistake for Israel and the Jews.

First, the people from the more backwards nations will not be able to replace the white people whose numbers are dwindling due to low birthrate and intermarriage. The people from the more backwards nations will not be able to replace whites in high level positions, so America will become less productive. At the same time the immigrants will increase the number of people dependent welfare. There also will be an increase in crime which will increase the numbers of people who will be incarcerated. And, there will a need to pay for more security. So, western nations will become less productive and at the same time there will be increases in costs which burden western nations due the growing non-white populations and the decrease in the white populations. So, there will be a decrease in productivity and an increase in expenses caused by the immigrants. America and all other western nations will have less money with which to aid Israel. And, eventually our new Americans will get the vote. And, they will vote for their welfare benefits over aid to Israel. The Israel lobby will have a rival whom they cannot buy off nor scare away. Furthermore, we will have more Arab and Muslims citizens who are anti-Israel. So, more and more politicians will feel the need to be on their side. And, if or when non-whites become a majorities and if or when the non-white Americans become violent towards whites or decide to seize the property of whites, the new non-white Americans will consider Jews as privileged whites.

Whatever happens to white Americans will happen to Jews as well. Also, many new American have their own victimhood narratives, so they will not be influenced by the “holocaust” and other victimhood stories of the Jews. They will only think of the Jews as white and privileged. Oprah Winfrey has been mentioned as a possible candidate for president in 2020. Although I do think that she will mever run for the presidency. She has said that racist white Americans have to die. Does she mean that she is willing to wait until they die of natural causes or does she mean that they have to be killed? And, does she think that the new generation of whites will be free of all racism. Now, suppose that someone who has the same thoughts as Oprah Winfrey becomes president. And, suppose that he or she willing wait until the old racists die of natural causes. But, instead of an America which is free of racism, there are new young racistx taking the place of the old racists. What does the president do now? Does he or she give up and leave the racists alone or does he or she put them in internment camps or does he or she order the killing of the white racists. There will always be racists as long as blacks who make up 13% of America population commit half of all the rapes and commit more than half of all the murders. Although we now see the people from India as having brown skin there was never a brown skinned indigenous people of India. The first inhabitants of India were the blacked skinned who were Dravidian language speakers. And, between 3 and 3-1/2 millennia ago, white Aryans started coming into India. Hindi is an Aryan language related to English. Now, everybody in India is some shade of brown because everybody is some mixture of the black and white peoples of who lived India. But, still there racism in India.