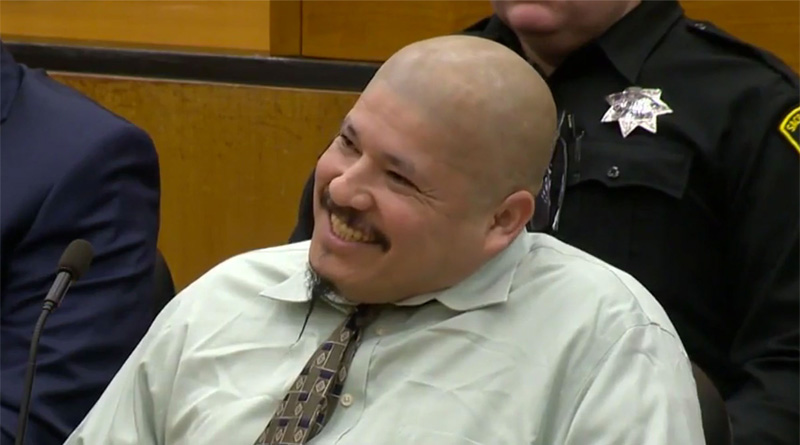 This may be a gross under-estimate, because there are many costs associated with illegal immigration that are not amenable to being measured in dollar terms.

Moreover, some of the most severe costs associated with illegal immigration are intentionally obscured from the American Public by the Jews’ Media, in much the same manner that the latter have always “spiked” black-on-white violent crime.

In particular, these include many incidents in which Americans are killed or violently assaulted by illegal aliens, who seem to bring their Third World cultural traditions with them each time they illegally enter the U.S.

On March 30th, 2007 a drunken illegal alien named Alfredo Ramos killed Alison Kunhardt and Tessa Tranchant in Virginia Beach, Virginia while they were sitting in a vehicle stopped at a traffic light.

At the time of the accident, Ramos was traveling almost 40 m.p.h. in excess of the posted speed limit of 35, and his blood alcohol was 0.24 percent, or three times the legal maximum when he killed the two teens.

Ramos also had three prior convictions involving alcohol, but was a beneficiary of Virginia Beach’s misguided sanctuary policy, which insulated him from justice by not detaining him for immigration authorities each time he ran afoul of the law.

Likewise, in February of 2018, an illegal alien — who was previously deported twice by U.S. immigration officials -– was arrested for killing Indianapolis Colts Linebacker Edwin Jackson and his Uber driver in a drunk driving incident. He faces four state felony counts in Indiana.

Manuel Orrego-Savala has been charged with two counts of failing to remain at the scene of an accident and two counts of causing death while operating a vehicle above the legal alcohol limit. His blood alcohol was reportedly three times the legal limit at 0.239.

Orrego-Savala has also been charged by federal authorities for illegal re-entry of a previously deported alien, and faces a potential 10-year sentence on the federal immigration charge once the state charges are resolved.

Orrego-Savala was again living illegally in the U.S. at the time of the incident. After sorting through his numerous aliases, Orrego-Savalas’ history was found to include two convictions in 2005 for drunk driving in Redwood City, California, for which he served a very brief jail sentence.

Similarly, an illegal alien with seven aliases has been charged with manslaughter in the drunk driving death of a Daphne, Alabama woman on Palm Sunday, March 25, 2018.

Jose Luis Alonso-De Leon – who had previously been deported twice by immigration authorities — killed a 48 year-old woman bicyclist in Fairhope, Alabama named Amy Hawkins. The victim was a wife, a mother and a daughter.

Alonso-DeLeon was arrested after leaving the scene of the accident, where he was found to have an excessive blood alcohol level and was in possession of a stolen firearm.

In 2014, an illegal alien from Mexico named Luis Enrique Monroy Bracamontes went on a rampage and murdered two California Sherriff’s Deputies in cold blood. He also shot another Sherriff’s Deputy, as well as a passing motorist whose vehicle he attempted to hijack.

This convicted murderer used many aliases, but authorities were able to discover that he had been deported twice before, once in 1997 for drug sales in Arizona and again in 2001. He was accompanied in his rampage by his wife, who has also been charged.

Bracamontes told the presiding judge in his criminal case the following: “I wish I had killed more of the mother-******s…I will break out soon and I will kill more, kill whoever gets in front of me… There’s no need for a f***ing trial.”

Sacramento, California has been a self-professed “sanctuary city” since 1985, proudly providing safe harbor for classy illegal aliens such as Bracamontes.

On March 23rd, 2018, police in Kenner, Louisiana arrested an illegal alien with a machete, who attempted to abduct two infant children from their mothers in a local Wal-Mart store.

33-year-old Billy Yoe Budier-Herrera tried to abduct a 2-year-old boy from his mother’s grocery cart, precipitating a “tug-of-war” with the child’s mother. Fortunately, the mother prevailed, after which the man ran wildly through the store while swinging the machete at employees who tried to apprehend him.

Seconds later, Budier-Herrera tried to abduct a baby strapped into the child seat of a grocery cart: He was attempting to snatch the child when store employees successfully subdued him.

On January 21st, 2016, 21 year-old Sarah Root of Omaha, Nebraska was killed when her SUV was rear-ended by an illegal alien who was street racing.

Omaha is located in Douglas County, Nebraska, which has sanctuary policies that impede local law enforcement’s ability to cooperate with ICE officers. Mejia was charged with motor vehicular homicide, but was released from jail after posting a bond, and is still on the run.

On January 22, 2015, a store clerk named Grant Ronnebeck was shot and killed by an illegal alien who opted to kill him rather than pay for a pack of cigarettes.

The victim was shot by a Mexican national named Apolinar Altamirano who was out on bond from a previous conviction, and before ICE could seize him and deport him.

These are a tiny fraction of the illegal immigrants to whom so-called “sanctuary cities” have granted safe harbor, and for whom they obstruct justice when federal immigration officials attempt to arrest these dangerous criminals. They are routinely portrayed as “Honor Students” and Congressional Medal of Honor winners, but the truth is often quite different.

It is a legitimate question to ask just where the priorities really are for cities, counties and states that declare themselves to be “sanctuary” areas for illegal aliens.

Few seem to be as concerned with protecting the law-abiding public and law enforcement officials as they are in harboring dangerous criminals, who have done little but commit violent crimes since they first illegally entered the U.S.