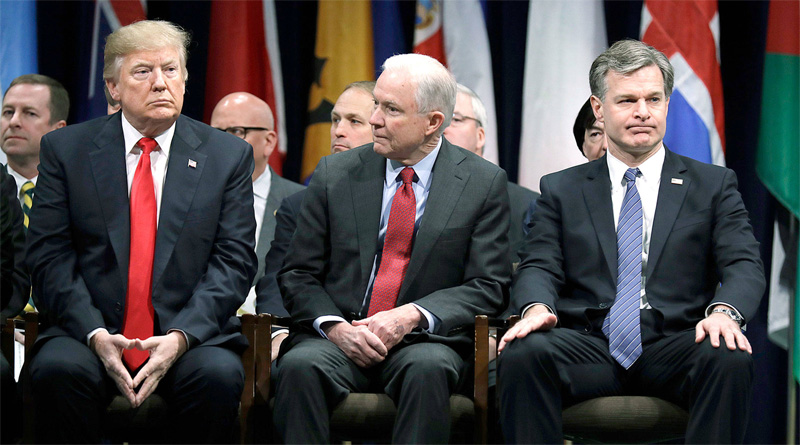 In the wake of the February 14th Parkland, Florida school shootings, Florida Governor Rick Scott called on FBI Director Christopher Wray to resign. The FBI received numerous tips about the confessed mass murderer, Nickolas Cruz, but failed to adequately investigate him and dropped the ball.

Politicians – even honorable ones like Scott – tend to play the blame game, and often do so for public consumption. While it is clear that the FBI did drop the ball on this particular mass murderer, the case is far more complex than Governor Scott’s reaction suggests.

The simple truth is that the FBI is overworked and undermanned. Some on FOX NEWS have facetiously suggested that too many FBI Agents have been pressed into service investigating President Trump’s “Russian collusion,” more accurately described as the Robert Mueller “witch hunt.”

It is much more likely that far too many FBI Agents have been diverted to the task of maintaining surveillance on Muslim immigrants from Middle Eastern and African nations, who were brought here by our first communist and Muslim President Barack Hussein Obama.

Because of the large volume of Muslim immigrants permitted to enter the United States during the Obama years, the FBI has been spread too thin to adequately execute many of its traditional law enforcement functions: Far too many of its Special Agents are assigned to keep an eye on potential Muslim terrorists.

I believe this was the intent of Obama’s immigration policy: He knew that large waves of Muslim immigrants would overwhelm the capacity of the FBI to monitor their activities, thus crippling the FBI’s counter-intelligence capacity. This was intended to bring America ever closer to the Treasonous goal of facilitating surrender of our national sovereignty to an international, one-world government scenario.

There is another factor at work, as well: One of the first things Obama and his co-conspirator, Attorney General Eric Holder did at the Justice Department was to hire unqualified and incompetent blacks, women, communists, lesbians and other varieties of queers as FBI Agents.

No wonder the FBI seems unable to handle its most basic and traditional law enforcement functions, which it used to do with aplomb when it was the preeminent law enforcement agency in the world: It is spread too thin, and many of its agents have no business doing anything at the FBI beyond cleaning its restrooms.

One thought on “In Defense of the FBI”