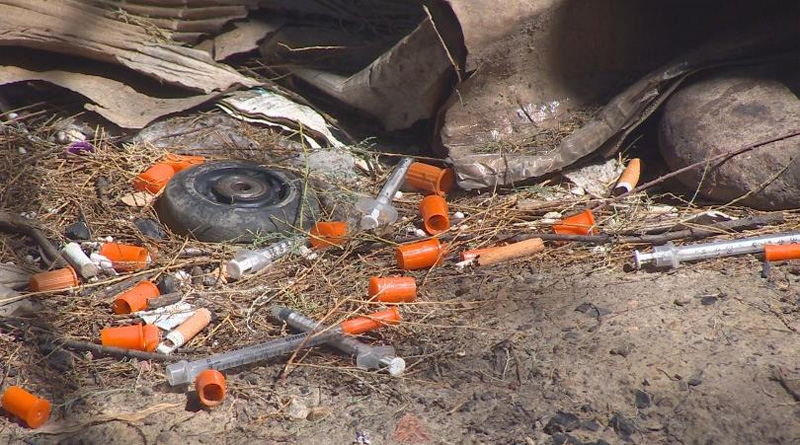 According to a report from the Chronicle, San Francisco now has more intravenous drug users than high school students. San Francisco, which operates 15 high schools, currently has 16,000 students enrolled grades nine through twelve.

It’s not entirely clear why San Francisco has such a high concentration of drug users. Health directors in the San Francisco Bay Area argued that the popular stems from the nationwide issues with opioids. When prescription pills either run out or become too expensive, many addicts turn to intravenous alternatives.

“As to why people use drugs, that is a complicated question, and there are many factors,” Health Department spokeswoman Rachael Kagan said in a comment to the San Francisco Chronicle. “Our focus is on saving lives and lowering the barriers to treatment.”

San Francisco has started offering free syringes to drug addicts, in an effort to eradicate the transference of disease. The city handed out a whopping 5.8 million free syringes in 2018.

“There are places like Walgreens that have drop-off boxes for syringes that we don’t have data on,” the head of the city’s syringe program said in a comment. “And people may get their syringes in San Francisco and take them over to Alameda County or other places too far away for us to count.”

Some city governments, including San Francisco, have also started offering naloxone, a nasal spray, that can reverse the impact of a drug overdose. It is especially effective to block the effects of opioids. However, naloxone has stirred a bit of controversy. Some argue that addicts may get too comfortable with their drug use because now they have a safeguard in naloxone.

According to the report, heroin is the most popular drug used by addicts in San Francisco. Some addicts also take methamphetamine at night to stay awake.