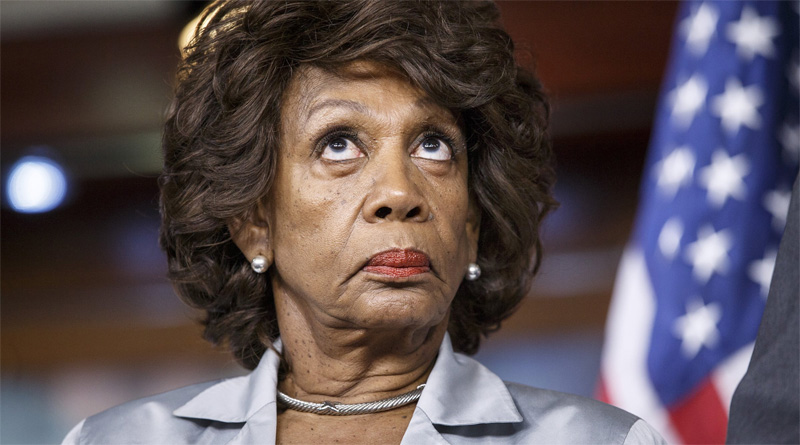 After Alexander ran a clip of Waters announcing in disgust that Comey lacked credibility, he turned to the California Democrat on an MSNBC segment Wednesday.

“You obviously have been very critical of James Comey in the past,” Alexander observed. “You said that he had ‘no credibility,’ I assume you support the president’s decision then, to fire his FBI director.”

But no, without surprise she fell in lockstep with her Democratic colleagues on the issue.

Alexander put an end to her monologue.

“But Congresswoman, I understand that in the past he was praising him, but if you said that FBI Director James Comey had no credibility, wouldn’t you support the fact that the president, then candidate Trump, now President Trump, made the decision to get rid of him?”

As reasonable as Alexander’s point was, it was poison to Waters.

“Oh no! No no no no no NO,” she repeated. “No, not necessarily, and let me tell you why. You have an investigation going on where the president is implicated, and this is a serious investigation. I’ve been trying to get people to focus on this connection with the Kremlin, and with Putin. I have a resolution that I introduced in February, I think that there’s enough there that we know about the Kremlin and about Putin to be concerned about whether or not there was collusion.”

Despite separate House, Senate and FBI investigations, no evidence of collusion has been uncovered between the Trump campaign and Russian officials. Despite lacking any evidence, Waters has been on a nonstop crusade to impeach the president.

“So Congresswoman … to be clear, you believe it would have been better to keep in place an FBI Director who you said had no credibility to oversee this investigation than to find someone who you think would be a better choice,” Alexander said.

“No, but I believe the president thought that,” she answered. “Don’t forget, you’re talking about what some Democrat said, what I said, but don’t forget, he was the president. The president supported him, he had confidence in him, it was within his power.”

To confuse things even more, Waters said that while Trump’s dismissal of Comey bordered on an impeachable offense, it would have been perfectly OK for Hillary Clinton to have done so had she been elected president.

“No, no you’re not confused,” she claimed.

“I am confused,” he repeated.

One thought on “Hypocrisy Alert! MSNBC Host Calls out Maxine Waters for Her Complete Lack of Credibility”