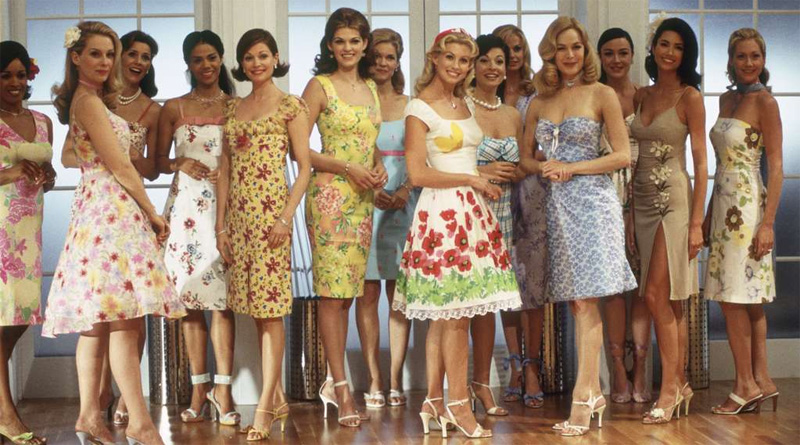 Feminists are not adults, and they behave exactly like rotten, spoiled children. They’ve proved this time and again, but most recently during the confirmation process of Supreme Court nominee, Judge Brett Kavanaugh.

In the minds of decent and responsible adults, Judge Kavanaugh’s reputation is no worse off than it was before false allegations were made against him by Christine Blasé` Fraud: An astonishing number of men and women have come forward as character witnesses on his behalf.

Meanwhile, shrill, shameless and devious “feminists” have rushed to judgement and concluded Kavanaugh is guilty, just as “feminists” did with other accused males in the high-profile but fraudulent cases of Tawana Brawley or the Duke Lacrosse team.

The number of decent and accomplished people who have come to the defense of Judge Kavanaugh is reminiscent of the way the town of Bedford Falls came to the aid of George Bailey in “It’s a Wonderful Life.” I’ll bet Brett Kavanaugh never realized how many friends and admirers he really has!

One interesting consequence of these allegations is that the so-called “feminists” have exposed themselves to be immoral, scheming and hysterical liars, and totally deserving of my nickname for them, “The Ladies’ Auxiliary of Marxism.”

THEY ARE LIVING AND BREATHING EXAMPLES OF WHY THE FRAMERS OF THE CONSTITUTION REFUSED TO INCLUDE SUFFRAGE FOR WOMEN IN THE ORIGINAL DOCUMENT.

Like children, Judge Kavanaugh’s “feminist” accusers have not only declared him “guilty” before he received an opportunity to defend himself, they have also routinely defended the most absurd conditions demanded of the Senate Judiciary Committee by Christine Blasé` Fraud and her Jewish-lesbian lawyer, Debra Katz.

Contrary to Western legal traditions since the Magna Carta, both Dr. Fraud and her lawyer insisted that Kavanaugh be required to testify first, before Christine Fraud levels her murky, dubious and suspect accusations against him!

This would severely restrict Judge Kavanaugh’s opportunity to defend himself, since he has never been formally presented with her accusations. That’s because the “Democrats” on the Judiciary Committee never shared Christine Fraud’s letter with Republicans or Senate investigators before his Confirmation Hearings. (Democrats either knew it was fraudulent, or they were saving it for a “Hail Mary” play if his confirmation appeared likely.)

Requiring Judge Kavanaugh to testify first – against vague and very incomplete accusations — would create an opportunity for his accuser to “tailor” her later testimony based on the earlier testimony of Brett Kavanaugh.

Christine Fraud and her lawyer also reveal what children “feminists” invariably are with other absurd demands they’ve made. They insisted that the Committee subpoena Mark Judge, the alleged third person in the room at the time of the alleged attack. Since he has already been deposed by Senate investigators, this is clearly an attempt to delay the Confirmation Process.

Moreover, Christine Fraud and her lawyer also insist that neither she nor Judge Kavanaugh be examined by any lawyers other than the Senate Committee’s members. They also insist on there being only one camera, and have insisted on extensions of time on several occasions.

Like the children they are, they give lip service to demanding “equal treatment,” but then turn around and demand special conditions and and unique accommodations from Judiciary Chairman Chuck Grassley prior to Christine Fraud’s appearance and testimony.

They do not have the right to tell the Judiciary Committee Chairman who must testify and who cannot examine witnesses. These additional demands were made to give Christine Fraud an excuse to avoid testifying, because doing so would probably reveal what a lying piece of trash she really is. Any failure by Grassley to accommodate Dr. Fraud’s ridiculous demands gives her an excuse for not testifying.

Their outrageous demands prove beyond reasonable doubt that that Dr. Christine Fraud does not really desire to testify at all, because she might eventually be subject to perjury charges, as well as civil liability for defamation.

Judge Kavanaugh has already retained a lawyer specializing in Slander and Libel. I hope Brett Kavanaugh sues everyone who defamed him for billions of dollars and then wins his case.