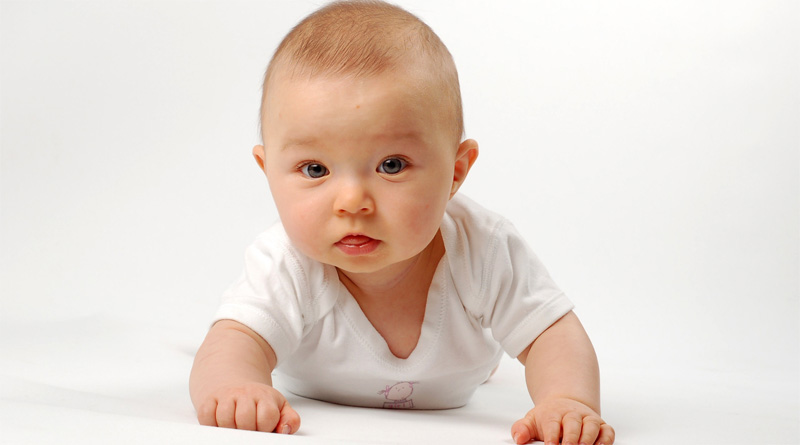 hen Spanish business consultant Alejandro Macarrón started crunching the numbers behind Spain’s changing demographics, he couldn’t believe what he was seeing. “I was astonished,” said Macarrón. “We have provinces in Spain where for every baby born, more than two people die. And the ratio is moving closer to one to three.” 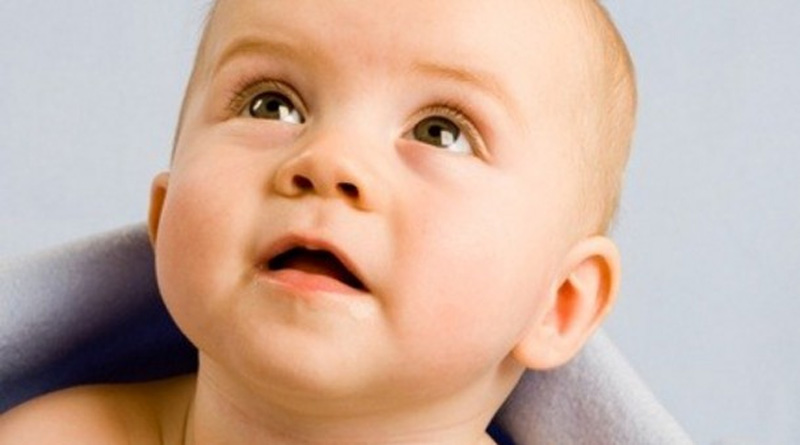 Spain has one of the lowest fertility rates in the EU, with an average of 1.27 children born for every woman of childbearing age, compared to the EU average of 1.55. Its crippling economic crisis has seen a net exodus of people from the country, as hundreds of thousands of Spaniards and migrants leave in the hope of finding jobs abroad. The result is that, since 2012, Spain’s population has been shrinking.

Record numbers of economic migrants and asylum-seekers are seeking to enter the European Union this summer and are risking their lives in the attempt. The paradox is that as police and security forces battle to keep them at bay, a demographic crisis is unfolding across the continent. Europe desperately needs more young people to run its health services, populate its rural areas and look after its elderly because, increasingly, its societies are no longer self-sustaining.

In Portugal, the population has been shrinking since 2010. For many analysts, the question now is how low can it go, with projections by the National Statistics Institute suggesting Portugal’s population could drop from 10.5 million to 6.3 million by 2060. According to prime minister Pedro Passos Coelho: “We’ve got really serious problems.”

In Italy the retired population is soaring, with the proportion of over-65s set to rise from 2.7% last year to 18.8% in 2050. Germany has the lowest birthrate in the world: 8.2 per 1,000 population between 2008 and 2013, according to a recent study by the Hamburg-based world economy institute, the HWWI.

The UK’s population reached 64.6 million by mid-2014, a growth of 491,000 over the previous year, according to the Office for National Statistics. On average, Britain’s population grew at a faster rate over the last decade than it has done over the last 50 years.

Macarrón is astonished at the reluctance of Spanish authorities to address what he calls a direct threat to economic growth as well as pensions, healthcare and social services. He and a few friends took it upon themselves to begin tackling the issue, starting the non-profit group Demographic Renaissance in 2013, with the aim of raising awareness of the crisis.

“Most people think we’re only talking about something that will be a problem in 50 years, but we’re already seeing part of the problem,” he said. “If current numbers hold, every new generation of Spaniards will be 40% smaller than the previous one.”

A political knock-on effect is the overwhelming political power of the grey vote. Macarrón points to the crippling austerity measure put in place during the economic crisis: “During the same time frame, expenditures on pensions rose by more than 40%. We’re moving closer to being a gerontocratic society – it’s a government of the old.”

The region of Galicia is one of the few in Spain that has addressed the issue. The population of this north-western region has been shrinking, leaving it home to the nearly half Spain’s abandoned villages. More than 1,500 settlements – once home to schools, businesses and filled with children – now sit abandoned, overgrown with weeds and bushes. 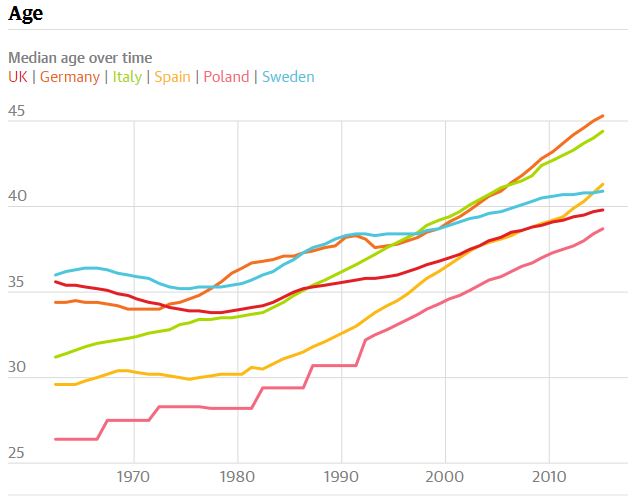 In 2012, the regional government launched a multi-pronged initiative to address the falling fertility rate, with plans to roll out measures such as home and transport subsidies for families and radio advertisements urging women to have more children. But it is still estimated that Galicia’s population could shrink by 1 million residents in the next 40 years, a loss of just under one third of the region’s population.

For southern Europe, migration within the EU has become a grave problem. Hundreds of thousands of Portuguese have left, hoping to find better opportunities abroad. Coelho has said the next 10 to 15 years would be decisive in reversing the trend. If no action is taken, he said last year, “these issues will only be solved by a miracle.”

The EU’s Eurostat agency estimates that by 2050, Portugal will be the country in Europe that is home to the smallest proportion of children, with just 11.5% of the population expected to be under the age of 15. Toy shops and hundreds of schools are closing while petrol stations and motels are being converted into nursing homes.

Coelho has called on the EU to make falling birthrates a priority in the next five years. “This question has a dimension that is not strictly national,” he said, pointing to labour legislation and “the manner in which urban life is organised.”

Last year he created a commission dedicated to coming up with proposals to reverse the country’s dwindling birthrate. Led by Professor Joaquim Azevedo from the Catholic University of Portugal, a recent report by the commission warned that failure to reverse the demographic crisis could leave Portugal “unsustainable in terms of economic growth, social security and the welfare state.”

“We are losing our population, as we know. These matters are crystal clear,” said Azevedo. “ It is a reality. Facts are facts and that is what is happening.”

Ad hoc political solutions at a national level are failing. Italy has tried to overcome its bleak demographic outlook with initiatives ranging from pension cuts to a baby bonus, but the statistics are not on their side.

The country’s falling birthrate has multiple causes, such a lack of financial security that prompts many Italians to live with their parents well into their 30s. The difficulty for mothers to return to the workplace also means women must make considerable sacrifices if they decide to have children.

With the fertility rate falling from 2.37 in 1970 to 1.39 in 2013, the government is encouraging Italians to have children. Prime minister Matteo Renzi announced plans last year to give low-income couples a monthly “baby bonus” of €80 (£57), but he is well aware finances are only a small part of the problem. Last year an estimated 91,000 Italians emigrated, a sharp increase from the 50,000 that did so in 2011. The youth jobless rate hit 44.2% in June, while overall it stood at 12.3%.

In Germany last week there was a rare piece of good news. Germany’s birthrate was found to be higher than it has been for 13 years, thanks to the 33,000, or 4.8%, more babies born last year than in 2013. Nevertheless, the scale of the demographic crisis Europe’s largest economy faces has finally hit home. For decades there have been far more deaths (last year 153,000 more) than births in Germany. Those women who do give birth are bearing relatively few (on average 1.4) children. Experts say to keep the population at its current rate, that would need to rise to just over two.

By 2060 the government expects the population to plunge from 81 million to 67 million, a decrease that is being accelerated by depressed areas in both eastern and western parts of the country that are haemorrhaging large numbers. The UN predicts that, by 2030, the percentage of Germans in the workplace will drop 7% to just 54%. No other industrial land is as starkly affected – and this is despite a strong influx of young migrant labourers.

In order to offset this shortage, Germany needs to welcome an average of 533,000 immigrants every year, which perhaps gives context to the estimate that 800,000 refugees are due to come to Germany this year.

Only Scandinavia appears to be weathering the demographic storm with any success, partly thanks to generous parental leave systems, stable economies, and, in the cases of Sweden and Norway, high net immigration.

“We do face an ageing population but the problem is not so alarming due to relatively high fertility rates,” says Nizar Chakkour of Statistics Sweden.

Chakkour He puts the high fertility rates down to social support for parents. “One common explanation [for the fertility rate] is that in Sweden it is possible to combine motherhood with a working life,” he argues. “It is not only the parental leave: it is also the subsidised childcare and the gender equality.”

For Swedes, improving the demographic profile is advanced as one of the most powerful arguments in favour of immigration. At a meeting in Brussels in June, Prime Minister Stefan Löfven enjoined other European countries follow his country’s example.

“I am not going to sweep under the carpet the fact that it’s a major challenge at the moment,” he said of Sweden’s high levels of asylum applications. “But it is also an asset. We must recognise that if we do not do this now, we are going to have a gigantic problem in a few years.”

Immigration also props up the fertility rate and Britain and France have received a similar fillip to its population growth as a result.

But across huge swaths of the European Union, longstanding communities are disappearing and the social burden on the young is becoming unsustainable. Meanwhile, in Kos, Lampedusa and on the Hungarian border, tens of thousands plead to be allowed in.