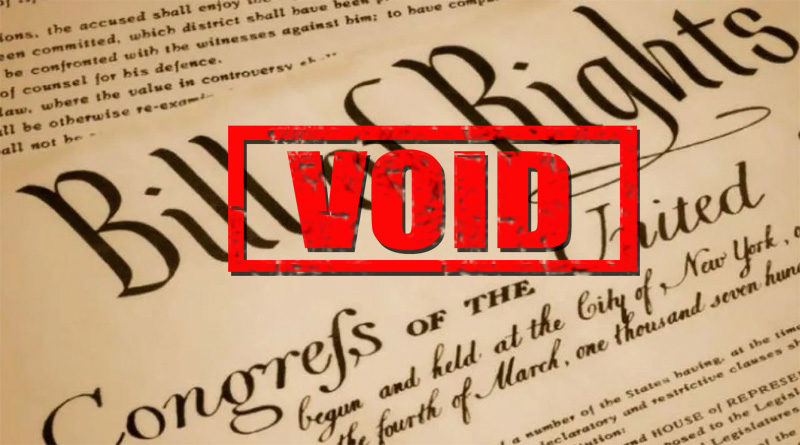 That sleaze-ball Rahm Emanuel is famous for having advised Barack Obama to never let a crisis go unexploited. Yet, a crisis can be valuable by affording an opportunity for the electorate to get a glimpse at how elected officials feel about the exercise of power.

In the case of the coronavirus, it has exposed the authoritarian instincts of so-called “Democrats,” a characteristic that should already be clear to anyone with an IQ higher than that of a potted plant.

By now, most readers probably know that Nancy Pelosi and House “Democrats” attempted to hold hostage the Trump Administration’s financial relief efforts for small businesses by demanding billions for pet projects like Planned Parenthood, the “Democrat” “Universal Basic Income” program, ObamaCare and the Kennedy Center for the Performing Arts.

Michigan Governor Gretchen Whitmer is a another good example. Her response to the coronavirus was to lock-down the state, while making exceptions for liquor stores, lottery sales, marijuana shops and abortion mills. She imposed all kinds of petty and trifling restrictions that make even less sense, such as permitting fishing only from kayaks but not from motorized craft.

When thousands of protesters showed up in Lansing to demonstrate against her arbitrary and capricious restrictions, she called the protest a “political rally,” and threatened to extend Michigan’s involuntary quarantine and “stay-at-home orders” well into the summer as a punitive measure.

Similarly, in an interview on Fox News, New Jersey’s “Democrat” Governor Phil Murphy was asked about the constitutionality of his Executive Order mandating “social distancing” in that state. He glibly replied that when he imposed the order, “he wasn’t thinking about the Bill of Rights” because “That’s above my pay-grade.”

At least he was honest about his heavy-handed and ignorant exercise of power, although he did swear to “support the Constitution of the United States” when he was inaugurated in 2018. That was two years before he trampled on the First Amendment and outlawed all religious services in New Jersey.

California’s Governor Gavin Newsom announced on April 14th that he plans to transfer $125 million in state funds to 150,000 illegal aliens residing in his state. Millions of Californians are out of work, but it is California’s ILLEGAL ALIENS that are his greatest concern.

Finally, the nigro and “Democrat” mayor of Jackson, Mississippi used the coronavirus epidemic to issue an executive order that suspends the right to openly carry firearms within city limits, in defiance of a state statute.

What can one say about “Democrats” who close gun shops while releasing felons from prison; who prohibit religious services while leaving liquor and dope stores open; who outlaw the purchase of materials for home improvements, but leave state abortion clinics open; and who transfer state funds to illegals while unemployment is at crisis levels?

According to the principle of “Occam’s Razor,” the obvious answer is usually the correct one: In this case, it’s pretty clear these “Democrats” DON’T believe in Rule of Law at all, but it takes a crisis to expose their Marxist instincts.

4 thoughts on “That “Authoritarian Impulse””