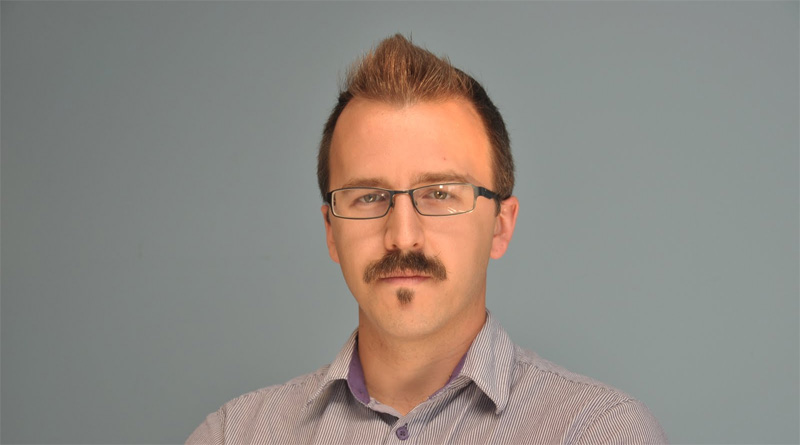 A professor at Philadelphia’s Drexel University has a heartwarming Christmas message: Associate Professor of Politics and Global Studies George Ciccariello-Maher is wishing for a “white genocide.” 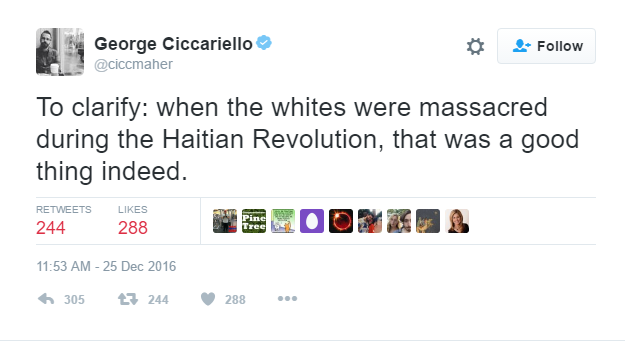 Ciccariello-Maher has a long history of espousing racist views towards white people on Twitter and has at times supported genocide.

Ciccariello-Maher’s anti-white tweets, however, did not start this weekend. On Feb 3, 2013, the Drexel professor said that “Yacub made a lot of white folks.” According to Nation of Islam theology, Yacub is a black scientist who created the white race to be a “race of devils.” 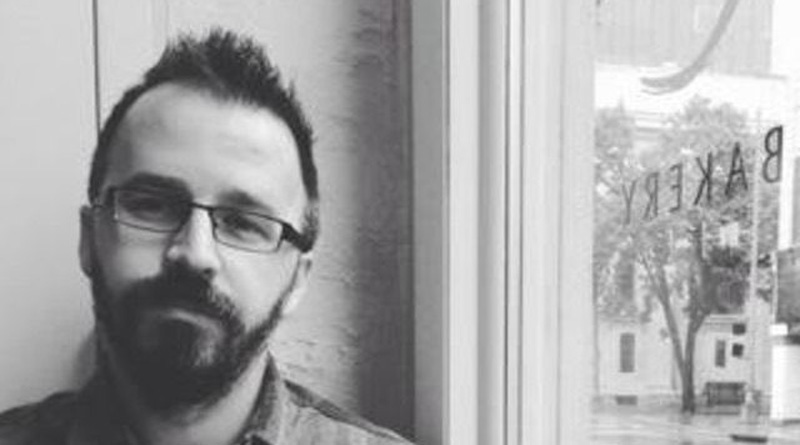 Then on June 8, 2015, Ciccariello-Maher said, “Abolish the White Race.” A little over a week later, the Drexel professor said that Charleston church shooter Dylann Roof “simply put into practice what many white Americans already think.” Just this past week, in response to a viral video claiming to show two men kicked off a plane for speaking Arabic, Ciccariello-Maher wrote, “#Gulag these Racist Crackers.”

“The University is taking this situation very seriously. We contacted Ciccariello-Maher today to arrange a meeting to discuss this matter in detail,” the statement continued on to say. Ciccariello-Maher did not immediately respond to a request for comment.

Ciccariello-Maher also tweeted in Sept. 2016 a purported exchange between him and his son: “Son: If I was a slave, I’d bake a cake & put a potion in it & the white people would steal it Me: What would the potion do? Him: Kill them,” Ciccariello-Maher wrote.

The Drexel professor has authored three books, and according to his biography he has written for The Huffington Post, The Nation, Salon, and the Philadelphia Inquirer.

4 thoughts on “Drexel U Professor’s Christmas Wish: ‘All I Want for Christmas is White Genocide’”