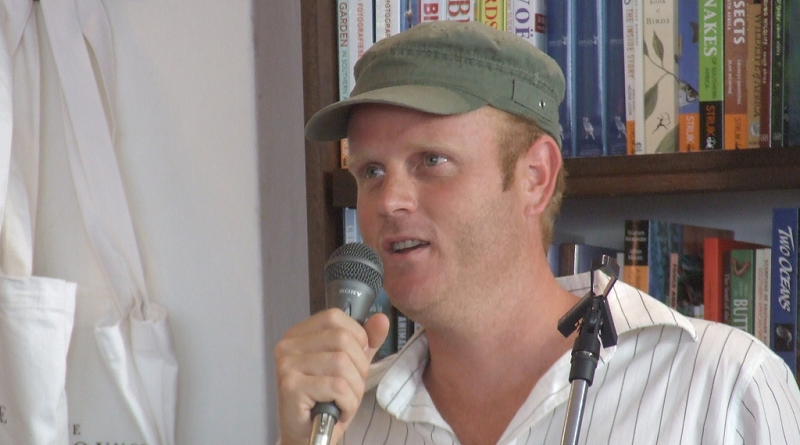 Dan Roodt has drawn my attention to this recent tragedy in South Africa:

“In life Steven Otter castigated his fellow whites for their “misperception” of black crime in South Africa. Yet in one of those harsh racial ironies the country is famous for, he was stabbed to death by two black robbers in his home on Reconciliation Day 16 December 2016, dying in the arms of his coloured partner, Nathalie Williams — in front of her 7-year old daughter.

South Africa’s minister of culture, Nathi Mthethwa, issued a statement lamenting his death: “We are devastated and outraged to learn about the fatal attack which claimed the life of author and former journalist Steven Otter.”

In reference to the time Otter spent living in the black township of Khayelitsha, minister Mthethwa said: “Steven Otter embodied the spirit of non-racialism. Detailing his decision to move to Khayelitsha he said he was embraced with open arms… our nation has lost a selfless man of great character.”

Otter’s former boss, Cape Town mayor Patricia de Lille, equally expressed her condolences over the brutal killing of someone who had once been her official spokesman when she still had her own political party, the Independent Democrats. However, both De Lille and Otter shared a more sinister past affiliation with anti-white, revolutionary parties, such as the Pan Africanist Congress (PAC), and Julius Malema’s Afro-Marxist Economic Freedom Fighters (EFF), respectively. …”

Damn. It’s such a shame when that happens. I guess the black burglars either didn’t know or didn’t care that Steven Otter was “one of the good ones” in South Africa.

“By moving to Khayelitsha, I embarked on a search for the truth of the matter. I knew deep down that racism didn’t make any sense, but I very often thought racist things. What unfolded in Khayelitsha, therefore, was a journey to the heart of my racism, the only journey powerful enough to drown out the racist voices of the majority within the white society of my youth.”

Yeah, whatever bro. Now you’re DEAD. How does it feel? As Preston Wiginton said a few weeks ago on CNN, “sometimes being a bigot is wise.”