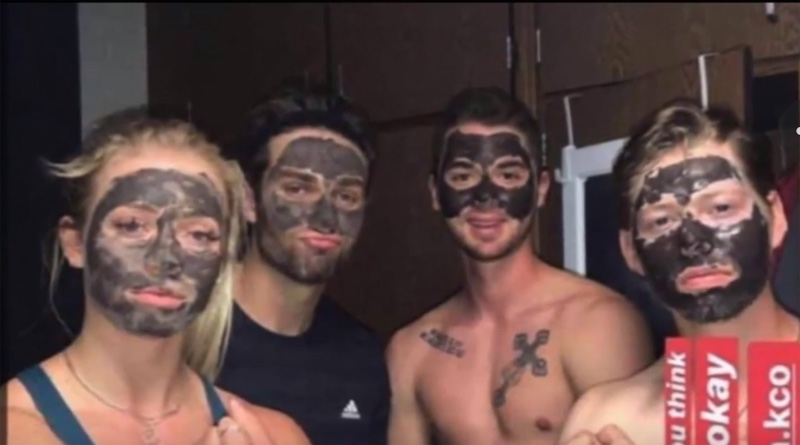 A Story from AllSide News reports:

Administrators said they won’t take action against the students for their racist photo, pointing to freedom of expression.

Four Colorado State University students who posed in an Instagram photo wearing blackface will not be punished because of First Amendment rights, the school said.

The image shared over the weekend shows one woman and three men looking at the camera with their faces painted in black. Two have their arms crossed against their chests. The caption reads, “Wakanda forevaa,” a reference to Marvel’s blockbuster film “Black Panther.”

In a statement released Tuesday and signed by university President Joyce McConnell, Vice President for Student Affairs Blanche Hughes and Vice President for Diversity Mary Ontiveros, administrators expressed an awareness of the photo’s racism, but said they will not take action against the students involved.

“Because of the long and ugly history of blackface in America, this photo has caused a great deal of pain to members of our community,” they said. “We have heard from many of you ― and we hear you. Moreover, we respect your voices. We know that images like this one ― whether consciously racist or not ― can perpetuate deliberate racism and create a climate that feels deeply hostile.”

Explaining why they’re not punishing the students, administrators said “personal social media accounts are not under our jurisdiction,” and that both students and employees “can generally post whatever they wish to post on their personal online accounts in accordance with their First Amendment rights.”

“This recent post runs counter to our principles of community, but it does not violate any CSU rule or regulation, and the First Amendment prohibits the university from taking any punitive action against those in the photo,” the letter said.

Leana Kaplan, who has identified herself as one of the students in the photo, told local NBC affiliate KUSA-TV in a statement that it was taken on Sept. 7 while in a dorm room where she and her friends “were experimenting with cosmetic facial masks.”

“I understand how awful this photo looks,” Kaplan said. “The history of blackface is real and cannot be denied. I am sorry. I hope this incident can be used as an opportunity for dialogue and learning.”

The blackface incident is just one of several reported cases of racism and bias at the university over the past year. In March, a men’s restroom on campus was defaced with racist graffiti. In October of last year, homophobic messages were scrawled on a whiteboard in a residence hall, including “body-shaming phrases” and “phallic graphics.”

In its latest statement, the university said it has asked staff to offer their thoughts on race and identity in light of the blackface image, and plans to share details in the coming days on “planned events and conversations.”