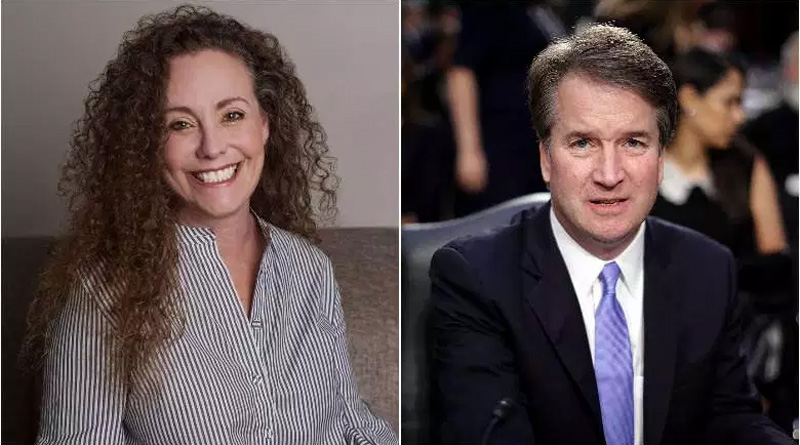 Julie Swetnick, one of the women accusing Supreme Court nominee Brett Kavanaugh of sexual misconduct, faced allegations of her own misconduct during a short stint at a Portland tech company 18 years ago.

Swetnick, 55, became the third woman in recent weeks to raise allegations against Kavanaugh. She issued a statement Wednesday in which she claimed she’d observed Kavanaugh at alcohol-fueled parties where women were mistreated. Her attorney is Michael Avenatti, a fierce critic of President Donald Trump who is reportedly considering a presidential run in 2020.

Avenatti also represents Stormy Daniels, an adult film actress who claims to have had an affair with Trump before he took office.
The lawsuit was dismissed shortly after it was filed late in 2000, court documents show. In emails to The Oregonian/OregonLive, Avenatti called the allegations against his client, “Completely bogus.”

“This lawsuit never had any merit as evidenced by how quickly it was dismissed,” Avenatti wrote. “It was originally filed in retaliation for my client making claims against the company.”

Swetnick worked at Portland-based Webtrends for a few months in 2000, according to a civil suit the Portland company filed against her late that year. The company said she was hired as a professional services engineer to work off-site. It’s not clear whether she ever worked in Webtrends’ Portland office.

In the suit, Webtrends alleged Swetnick claimed to have graduated from Johns Hopkins University but the company said it subsequently learned the school had no record of her attendance. Webtrends said she also “falsely described her work experience” at a prior employer.

The suit also alleges Swetnick “engaged in unwelcome, sexually offensive conduct” while at Webtrends and “made false and retaliatory allegations that other co-workers had engaged in inappropriate conduct toward her.”

The suit alleges Swetnick “engaged in unwelcome sexual innuendo and inappropriate conduct” directed at two male employees during a business lunch, with Webtrends customers present. Swetnick claimed two other employees had sexually harassed her, according to the suit.

Webtrends’ suit said it determined Swetnick had engaged in misconduct but could not find evidence to support her allegations against her colleagues. Later, the company alleged, Swetnick took medical leave and simultaneously claimed unemployment benefits in the District of Columbia.

In the suit, Webtrends alleged Swetnick threatened legal action against the company over her own harassment claims. The lawsuit claimed that act defamed the business and sought at least $150,000 on behalf of an employee that Swetnick had allegedly made false statements about.

Webtrends still operates in Portland, where its technology helps clients measure and analyze traffic on their websites. The company declined comment on the suit this week.

While Swetnick issued a sworn affidavit this week attesting to the truth of her allegations against Kavanaugh, news organizations have said they could not corroborate any of her claims. A former boyfriend once filed a restraining order against her.

The allegations from Swetnick are separate from, and apparently unconnected to, allegations Christine Blasey Ford made against Kavanaugh related to a period when she and the judge were in high school. Ford testified about her own allegations before a U.S. Senate committee Thursday.

Ford, now a professor in California, was the first to go public Sept. 16. In the early 1980s, she told The Washington Post, a drunken Kavanaugh pinned her to a bed during a party and put his hand over her mouth to stifle her screams as he tried to take off her clothes.

Then Deborah Ramirez told The New Yorker, in a report published Sunday, that Kavanaugh exposed himself to her during a drunken dorm party 35 years ago at Yale.