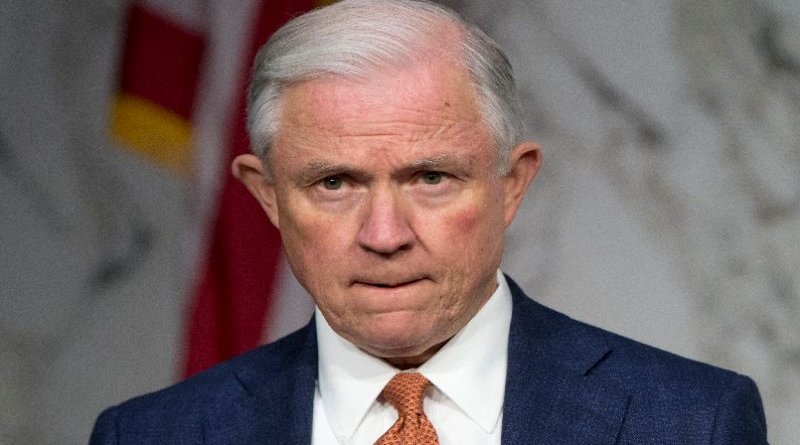 Disgraced former Attorney General Jeff Sessions intends to run for the Alabama Senate seat now held by “Democrat” Doug Jones. Sessions’ tenure as Attorney General (AG) is best characterized as cowardly and incompetent: It badly dis-served President Trump and should not be forgotten or forgiven by any Alabama Primary voter.

Sessions reminds me of Hamlet in the famous tragedy by William Shakespeare of the same name. In every Shakespearean tragedy, the main character (or “protagonist”) possesses a fatal flaw that leads to his own tragic demise: In Hamlet, that fatal flaw is INDECISION, a trait best captured in Hamlet’s famous soliloquy:

“To be or not to be: That is the question. Whether ‘tis nobler in the mind to suffer the slings and arrows of outrageous fortune, or to take arms against a sea of troubles…”

Hamlet is a sympathetic and noble character in many regards, but few men would experience indecision over the proper course of action to take if their father were murdered, and his throne usurped. One’s duty would be even more obvious if the ghost of one’s murdered father were to appear to him, demanding revenge for his own “murder most foul.”

A.G. Sessions showed Hamlet-like indecision from the start: On his first day in office – upon the advice of the same Justice Department officials who conspired to frame President Trump — he recused himself from any role in the phony “Russia collusion” investigation. His failure to act decisively precipitated Special Counsel Robert Mueller’s endless and open-ended witch hunt.

This recusal by Sessions allowed a subordinate of dubious loyalty and integrity –- Deputy AG Rod Rosenstein –- to appoint Robert Mueller as Special Counsel in violation of numerous Constitutional limitations. Essentially, Special Counsel Mueller was handed an investigation in search of a crime.

Sessions repeatedly rejected even the most common-sense and necessary steps to ensure President Trump received an impartial, fair and objective investigation by the FBI and DOJ: In fact, the timidity of Sessions allowed the very people who participated in the treasonous coup against President Trump to become Trump’s inquisitors.

Sessions claims he is running for the U.S. Senate to help President Trump carry out his agenda. Jeff Sessions had an opportunity to do exactly that when he was Attorney General, but his incompetence and cowardice caused him to fumble the ball and nearly lose the game. Sessions now wants a “do-over,” but those don’t occur in contact sports like politics.