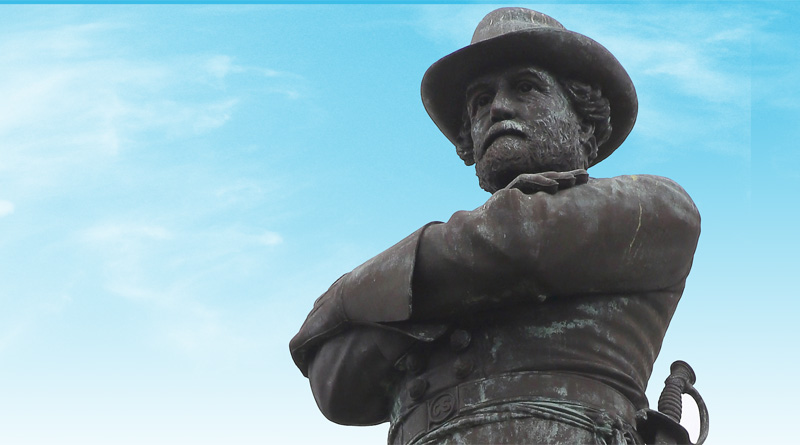 The Interior Department won’t be removing monuments to Confederate soldiers at national battlefields that are “an important part of our country’s history,” according to a spokesman.

“The National Park Service is committed to safeguarding these memorials while simultaneously educating visitors holistically and objectively about the actions, motivations and causes of the soldiers and states they commemorate,” spokesman Jeremy Barnum told E&E News.

National Park statements come after a woman was killed counter-protesting a white supremacist rally in Charlottesville, Va. The city voted to remove a statue of Confederate General Robert E. Lee.

A man driving a Dodge Challenger drove into a crowd of counter protesters, killing one and injuring 19 others. That man, 20-year-old James Alex Fields, has been charged with second-degree murder.

The incident has only spurred the movement to remove Confederate monuments and rename schools, buildings and highways that had been named after Confederate politicians and generals.

President Donald Trump stoked the controversy even more by not explicitly calling out white supremacist groups in his initial condemnation of Saturday’s violent clash. Trump issued a more forceful follow-up statement, but got into a fight with reporters at a news conference Tuesday.

Interior Secretary Ryan Zinke said he supports Trump “in uniting our communities and prosecuting the criminals to the fullest extent of the law.”

“The racism, bigotry and hate perpetrated by violent white supremacist groups has no place in America,” Zinke told E&E News. “It does not represent what I spent 23 years defending in the United States military and what millions of people around the globe have died for. We must respond to hate with love, unity and justice.”

The National Park Service maintains numerous monuments to Confederate soldiers at battlefield sites across the country.

For example, Gettysburg, Penn., has 12 monuments to Confederate soldiers. The Battle of Antietam, which took place near Sharpsburg, Md., in 1862, has six Confederate monuments.

A Gettysburg National Military Park spokeswoman told The Evening Sun Wednesday they were not removing Confederate monuments to those who fought at the Battle of Gettysburg in 1863.

“These memorials, erected predominantly in the early and mid-20th century, are an important part of the cultural landscape,” Katie Lawhon said.

Zinke told reporters in July that battlefield monuments were worth preserving for their historical value.

“Don’t rewrite history,” Zinke said Antietam National Battlefield. “Understand it for what it is and teach our kids the importance of looking at our magnificent history as a country and why we are what we are.”