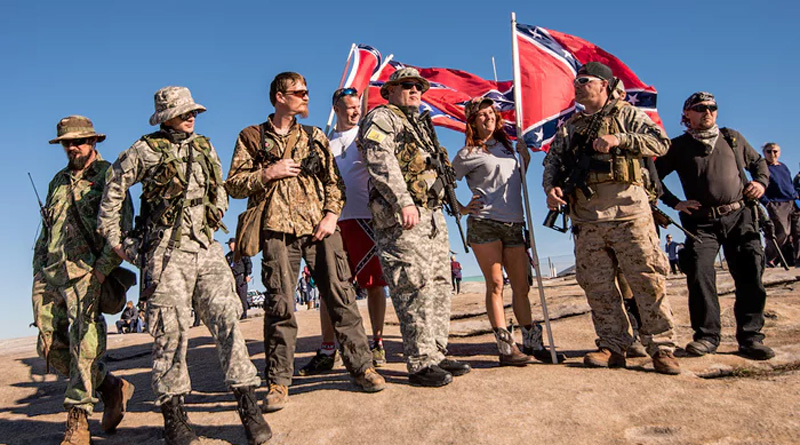 A common purpose unites all whites.

The attacks on Confederate monuments in New Orleans and Charlottesville are only the newest front in America’s longest war. For over 200 years, civil war has raged between “progressive” white elites and the “reactionary” conservatives they love to hate; what we call the “Civil War” was only its most violent outbreak. Whether we are able to transcend this divide or whether it continues to define American politics may be a final test of whether white America will survive.

Here is a neoreactionary quip: No matter at what point in American history you look, Harvard always gets its way. This was true during the 1850s and 1860s of a crusading abolitionism that, as Southern historian Clyde Wilson put it, “postulates goals so self-evidently righteous that disagreement is sin.” Thaddeus Stevens, Congressman of Pennsylvania, said that if necessary, the South should be “laid waste and made a desert” and repopulated with new people. The poet James Russell Lowe demanded that Southerners be “made to understand something of the country which was too good for them.” When John Brown was hanged for trying to start a slave uprising to kill whites, Ralph Waldo Emerson said the execution made “the gallows glorious like the cross.”

Later liberal crusades—whether for desegregation, environmentalism, gay rights, or transgender bathrooms—have always been characterized by the same millenarian zeal, accompanied by contempt for anyone who resists compliance, which is usually enforced by federal power.

In the 19th century, this elite, liberal contempt was mainly regional, directed from such places as Cambridge, Massachusetts, and New York City against the South. The intervening years have universalized it. Though multicultural dogmas may have originated in Yankee institutions, they are promoted by liberals everywhere. When alt-right activists recently went to Charlottesville to support saving its Confederate monuments, locals—who had been celebrating a “multicultural” food festival—quickly came over to berate the group that wanted to defend the South. Leftist ideology now pervades all corners of the country.

Any white person who supports the South will be lectured about slavery even if he has no Southern ties at all. Your ancestors could have been Union soldiers who liberated slaves, but you will still be blamed for “the legacy of slavery.”

Leftists attack the South because it is the most extreme embodiment of what they hate most: “racism.” Since it is home to the country’s largest black population, it must confront the real issues that arise from two very different peoples living side-by-side, whereas these issues remain abstractions in anti-racist whiteopias such as Maine or Vermont. The South is also religious and conservative, valuing such things as two-parent families with normal sex roles.

However, attacks against the South and its monuments have little to do with history or regional rivalries. Most of the people who demand that Confederate monuments be dismantled know next to nothing about actual Civil War history. Instead, they tend to think only in terms of the grossest cliches, in which the Confederacy is some kind of forerunner to Nazi Germany. The perennial battle between “progressive” and “regressive” whites has therefore become a broader war against “racist” white culture itself. The South bears the brunt of the attacks because it is white culture’s most deplorable embodiment.

Grim as the situation is, it presents opportunities for overcoming old rivalries. America’s north-south divide is not unique, but it is typical of a perennial European tendency toward self-destruction. The British against the Scots and Irish, the French against the British, the Germans against the French, the Venetians against the Genoese, the Protestants against the Catholics, and the “free world” against the Soviets. These rivalries—which date back to the Peloponnesian Wars—have been disastrous.

Often, these wars were waged with little understanding of the wider geopolitical picture. During their 16th century revolt against Spain, the slogan of the Dutch Protestants was “Rather Turkish than Papist.” If we take this slogan at face value, the Dutch would have preferred rule by Asiatic despots to that of other European Christians. This reminds me of Southerners who say they would prefer Honduran immigrants moved to Dixie rather than Yankees, because the Hondurans at least go to church.

These historic differences are increasingly irrelevant. Today, the Netherlands runs just as much a risk of demographic replacement as Spain.

There are signs that Americans are overcoming their rivalries. In the Super Tuesday primaries in 2016, Donald Trump won a higher percentage of votes in Massachusetts than in either Alabama or Georgia. Likewise, alt-right events defending Confederate monuments have little connection to traditional Confederate or Southern heritage groups. The Sons of Confederate Veterans have even denounced them.

The white world must turn the page on its long and bloody history of brothers’ wars. A Vermonter may think he has little in common with an Alabaman, nor a Scot with a Lithuanian, but we must look past linguistic and cultural divides and recognize that the West will rise or fall together.

As the American revolutionaries argued: “Join or Die.” As for me, I was raised in the Deep North and taught to despise the Southern reprobates. But today, my standard is the Confederate battle flag.

One thought on “Why Yankees Must Defend Confederate Heritage”