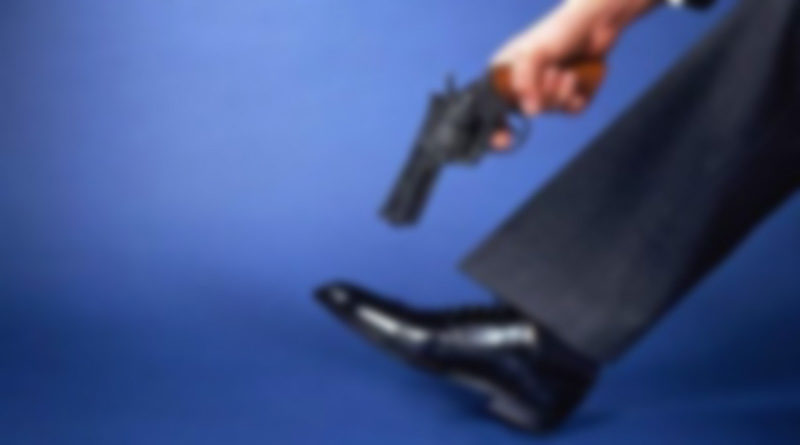 Most people are familiar with the Law of Unintended Consequences. It is a truism reminding us that not all consequences of a given behavior or action can be recognized in advance. Moreover, since there are costs and benefits to every human endeavor, ultimately, some costs may be worse than the problem to be remedied.

For example, if Abraham Lincoln had not been assassinated by John Wilkes Booth in 1865, it is unlikely that the South would have been subjected to so-called “Reconstruction.” Boothe’s motives were clear: He felt he was justified in striking a blow against tyranny, and even yelled “sic, semper Tyrannus” after committing his infamous act.

Yet, in his second Inaugural address less than two months before his assassination, Lincoln had shared his vision of a post-war Union: He called for unity to “bind up the nation’s wounds and achieve…a just and lasting peace.” His vision was one of Christian forgiveness, and included the memorable phrase “…with malice toward none, with charity toward all.”

Nowhere in his inaugural address was there any hint of a desire to subjugate the South with what would become Reconstruction, an imposition of martial law that would be as damaging to the South as Sherman’s war against civilians in his “March to the Sea.” (It was Reconstruction that prompted my Virginia ancestors to abandon the Virginia County named for them, and move to East Texas.)

“Radical Republicans” like Thaddeus Stevens and Charles Sumner garnered all the justification they would ever need from Lincoln’s assassination: afterward, they were unimpeded in their quest to punish the South by imposing martial law and promoting the takeover of state legislatures in the South by black imbeciles.

Lincoln’s assassination also precipitated the Civil Rights Act of 1866 and the 14th Amendment, the latter being the source of more unconstitutional mischief than any other provision of the Constitution.

Likewise, the assassination of Martin Luther King by James Earl Ray also changed the course of history, and precipitated more mischief and damage to this country than any event outside of the War of Yankee Aggression. Cowed by the levels of black violence and destruction that followed King’s murder — and intimidated by the glare from a self-righteous and leftist news media — politicians in both parties caved to black demands like a cheap tent in a tornado.

To placate blacks in the wake of their nationwide rioting and arson, cowardly elected officials ushered in a new era of welfare pay-offs, new and expansive Civil Rights legislation, and a host of terrible Supreme Court decisions. These included newly-invented rights for criminal defendants, federal court-supervised Congressional redistricting, and renewed enthusiasm for the forced integration of schools, residential housing and “public accommodations.”

Predictably, these were followed by soaring black crime, accelerating welfare dependency and illegitimacy, and the white abandonment of our largest cities that were once considered the “gems” of our civilization. King’s assassination also manifested in the travesty of a “holiday” for this Soviet asset and sexual deviant.

This brings us to a more recent and destructive example of horrific and unintended consequences, Dylan Roof’s murder of nine innocent blacks in 2015 at a church in Charleston, South Carolina.

Not only did this evil and inexcusable crime give the Corrupt Leftist Media all the ammo it needed to attack every neo-confederate and conservative enemy, it also made it impossible for those in elective office to defend against the wholesale destruction and removal of monuments honoring Southern and Confederate Heritage.

Immediately after this sad and misguided young man murdered nine innocent blacks in a Charleston church, Governor Nikki Haley of South Carolina reflexively ordered the Confederate Battle Flag banned from the Capitol Grounds in Columbia. She was the first high-profile office-holder in the South to do so, and her actions ignited the war waged by Cultural Marxists and other garbage against every vestige of Confederate or Southern Heritage in the South and elsewhere.

Two and a half centuries ago, Voltaire wrote, “History is a pack of lies agreed upon” an aphorism just as true today as it was then. In fact, considering the invasion and subversion of academia in recent decades, it may even be truer today than ever.

Those in the White Nationalist movement who may be tempted to engage in illegal acts — such as political assassinations — should take this into consideration, and recognize that it’s unlikely they will successfully anticipate every consequence of their actions. It is also highly unlikely that their actions won’t irrevocably damage our movement