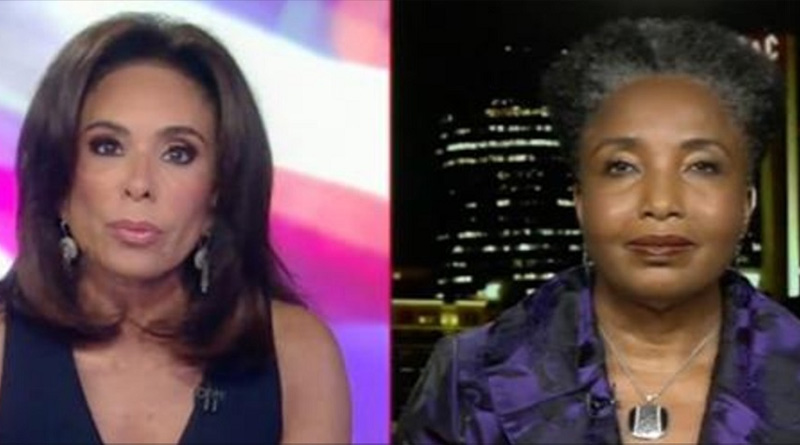 “They Are Not Nazis Or White Supremacists”

Professor and author Carol Swain went on Judge Jeanine Saturday to explain a movement that she has been studying and predicted the rise of for almost two decades.

Swain predicted in 2002 that the Alt Right would rise and gain momentum due to certain grievances that some of the group had regarding the push for multiculturalism. Swain warned America in her writings about this certain faction, saying that government and Americans had better address these issues or the movement would at one point be unstoppable.

Swain says that the Alt Right though are not nazis nor white supremacists and that they have substantial, reasonable and straight-forward objections that need to be addressed before it’s too late.

“I’m saying white people have grievances and they have had them for a long time.”

SWAIN: “First of all I would like to make it clear to everyone that’s viewing, that what I saw in 2000 and was published in 2002, this rise of the new white nationalism. That occurred long before the election of President Trump. I called it new to distinguish it from white supremacy because it was the people who were being involved were more intellectual. They were not espousing racial violence but they had briefanses. They questioner upset about multi-culturalism and affirmative action and they felt white people’s rights were being trampled and no one was rinsing to their briefanses. When they were stressing the racial double standards, I saw the argument to resonate among the young people. So my book was written as a warning. I saw conditions converging that I knew the movement would grow in the we started addressing the issue. Judge Jeanine: Our saying is the rise of the alt-right is not the same as white supremacists.”

What Are These Grievances That Swain Speaks Of?

Well for starters the forced immigration into only white countries like France, Germany, Sweden and America. There is never a non white country that these migrants go to. Another country that pushes hard for multiculturalism and immigration into these countries in Israel, yet they refuse to take any refugees themselves. Israel even has a genetic test that they do to make sure the person is ethnically Jewish.

2. Constant And Relentless Anti-White Rhetoric In Almost Every School And TV Channel

Every day we see in our schools things like that of the occurrences recently at Evergreen state college, ivy league professors at Stanford saying we need to abolish whiteness, professors at universities all across the country saying that white men should quit their jobs or that white people are just a ‘mutation.’

At a white privilege seminar that I went to there was a man of Jewish descent telling the attendees of the white rally that white people were just a ‘mutation’ and that white people did’t really exist and have no culture. As the crowd cheered after he said this I couldn’t help but feel angered. This anger is the alt-right. Who were these attendees? A lot of them were teachers and community educators. These ‘white privilege seminars are held throughout the country in different cities and on a consistent basis. Every month in Santa Monica, CA for instance.

Here is the clip from one of the ‘white privilege’ seminars…

We see rhetoric like this in these 'white privilege' seminars, and you think there wouldn't be a rise of the alt-right? #Charlottesville pic.twitter.com/VdFvx5wjWN

These are just three of the many, many qualms that the alt-right has. Calling them ‘racists’ or white supremacists will never end the movement, it will only make the movement stronger until it’s the mainstream and soon the presidency.

White middle class people all across America were fed up with the past 16 years and these are just normal, everyday white working class people I’m talking. The standard tom, Dick and Harry showed up the voting booth despite the media calling Donald Trump a ‘racist’ and ‘Hitler’ at every waking moment. And the alt-right will soon too.