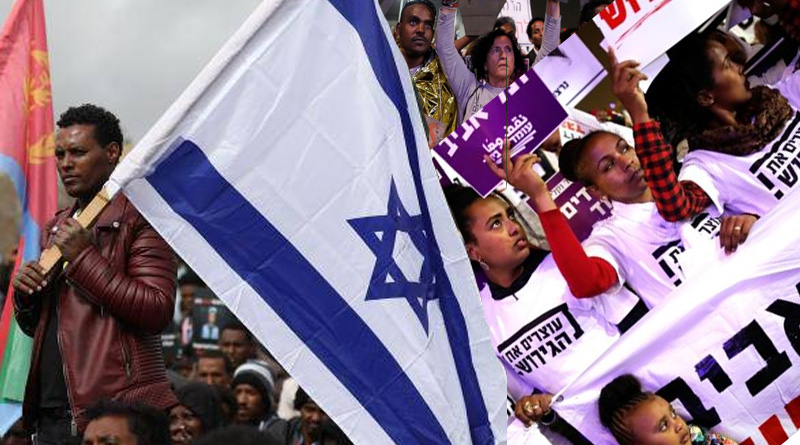 By The New Observer

The Hebrew Immigrant Aid Society–the Jewish organization targeted by the Pittsburgh synagogue shooter Robert Bowers on account of its pro-Third World invasion activity–has launched a petition signed by over 1,400 rabbis demanding that the US take in all fake asylum seekers from Latin America—while continuing to support Israel, which refuses to take in any “refugees” at all.

As reported by the Jewish Telegraphic Agency, the HIAS petition has been signed by “more than 1,400 Jewish clergy from across the United States” which calls on government officials “to protect the legal right to seek asylum in the United States.”

HIAS, which describes itself as an “immigrant advocacy and aid group,” calls on elected officials to “act immediately to provide a just and humane asylum process for those seeking safety in our country, wherever they come from and however they arrive.”

A delegation of rabbis, attorneys and advocates for asylum seekers delivered the petition last week to congressional representatives on Capitol Hill.

“Our tradition teaches that each and every person deserves to be treated justly and with compassion,” it says. “However, under current U.S. policy and practice, asylum seekers instead face an ever-lengthening list of injustices including family separation, long periods of detention in jail-like facilities, and denial of due process in their legal proceedings. Simply put, our country is treating these individuals as criminals, even though seeking asylum is a legal right. This must change.”

It also says: “The Jewish people know what it means to be turned away and to be denied protection. As Jews we understand the heart of the refugee, and the current actions of our government echo some of the darkest moments of our own history.”

The petition goes on to state that the Jews are “committed to fighting hate and standing for our American and Jewish values of protecting the persecuted and welcoming the stranger, irrespective of nationality, race, or religion.

“We call on our elected officials to act immediately to provide a just and humane asylum process for those seeking safety in our country, wherever they come from and however they arrive.

“In Jewish tradition, there is no higher obligation than to save the life of another. As Jewish clergy, we will not stay silent as our country turns its back on individuals fleeing danger.”

This desire to flood America with Third World bogus “asylum seekers” stands in stark contrast to HIAS’s approach to Israel—the Jewish ethnostate—which refuses to take in any of these fake refugees.

3 thoughts on “Hebrew Immigrant Aid Society Demands U.S. Take in “Refugees”— But not in Israel”