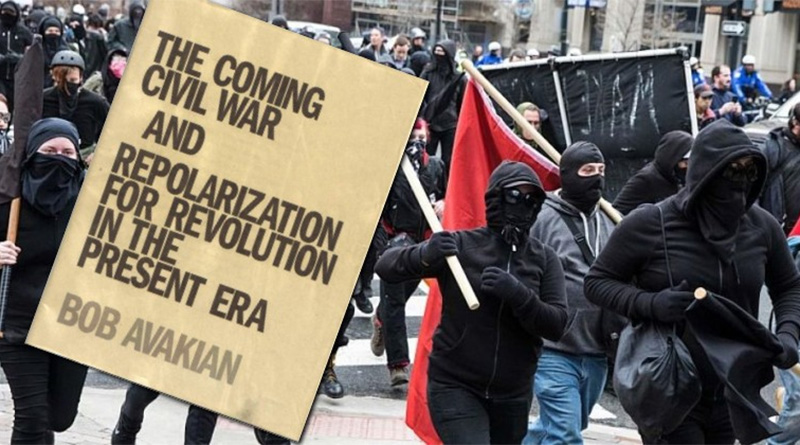 Antifa is planning a new round of nationwide riots on November 4 as part of a plot to start a “civil war” that will lead to the overthrow of the Trump administration.

Far-left militants plan to “gather in the streets and public squares of cities and towns across this country” in the hope of building momentum for civil unrest that leads to nothing less than domestic regime change.

“Our protest must grow day after day and night after night—thousands becoming hundreds of thousands, and then millions—determined to act to put a stop to the grave danger that the Trump/Pence Regime poses to the world by demanding that this whole regime be removed from power,” states a call to action on the RefuseFascism website.

Vowing to stop the “unrelenting terror” of the Trump administration, the group asserts that, “The stakes are nothing less than the future of humanity and the planet itself,” typically hysterical rhetoric which when combined with Antifa’s violent tactics should be a deep cause for concern for law enforcement bodies.

Earlier this week, far-left activists blocked the 101 freeway in downtown Los Angeles before holding up placards that read, “November 4 It Begins”.

Whether the planned actions fizzle after some on the mainstream left who previously embraced Antifa were forced to back away remains to be seen.

However, the activity of the group should cause even more alarm given the revelations of an undercover video by Steven Crowder and his team in which Antifa members are seen planning violent attacks, handing out sharp objects with which to stab conservatives, and even discussing the procurement of AK-47s.

Antifa’s open vow to overthrow the government combined with their violent tactics are sure to raise the alarm amongst federal authorities responsible for tracking domestic terrorism.

Earlier this month it was revealed that the Department of Homeland Security has formally begun to classify Antifa’s activities as “domestic terrorist violence,” while the New Jersey DHS lists the group on its own website under the designation of “domestic terrorism”.

Under this statute, it would be within the law to arrest these conspirators now. They are in fact conspiring to overthrow a legally-elected government. If they are allowed to go forward, all commerce and transportation could be affected. It would cause the police, national guard, and perhaps even the military to get society under control, exactly the chaos that Soros envisions and satan worshiper Saul Alinsky taught to both Obama and Clinton.