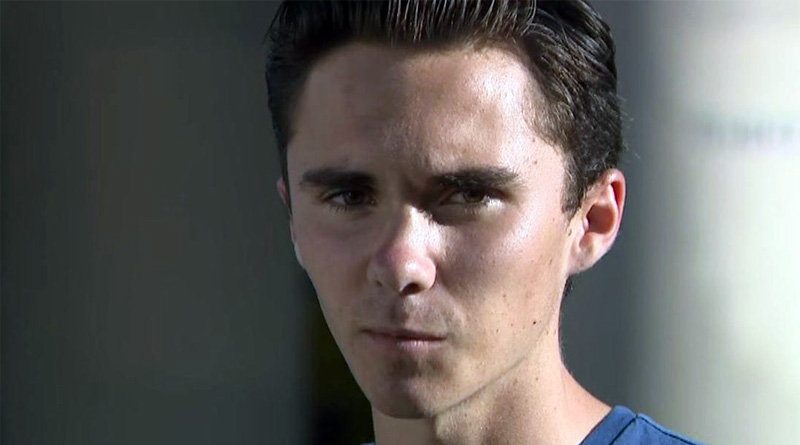 David Hogg hasn’t had a break from liberal puppetry since the Flordia school shooting that took place nearly two weeks ago. Hogg, now verified on Twitter, is not only determined to get #boycottfedex trending and condemn anyone who opposes him, but he’s also gotten on an even deeper level with the gun control agenda. From the very beginning, his CNN scripted speeches told him to push the gun control narrative, which he did without question. Now, he’s not only advocating for it, he’s taking steps to achieve it. That’s right, the guy who probably ate tide pods for views is now claiming to be a #neveragain activist, and is actively working to take away our guns.

It is important to note that the plan he released to limit guns is not something he wrote himself (he probably couldn’t spell all of those words anyway.) This proposal was written by Chuck Rettig, and endorsed by David Hogg who plans to use this and take action.

My plan for gun control

The only guns allowed for home-ownership should be a pistol (revolver) or shotgun. Hunting rifle may be owned but the types of allowable sights prohibited. (Nothing that will allow a shooter to be further away than the cop can focus on). When going on a hunt, it must be registered with local authorities. System to be determined.

No guns to be sold or owned that have a magazine or any type. Only single fire, non-convertible weapons allowed.

Any other weapon that a person wants to own that is currently legal may still be owned but must be kept at a secure firing range. Gun cannot be checked out but a procedure for safe transport or sale of the weapon would be devised. (This literally makes no sense. He needs to lay off the tide pods.)

Practice shooting outside of a range is prohibited.

Private production of bullets is prohibited.

A gun owner can have a onetime life supply of a small number of bullets o bring home. All other bullets must be bought at the range (price issues o be worked out) and used at the range. Must turn in your shells. If more bullets are desired by the owner, missing bullets need to be explained. (How do you just “explain” a missing bullet? “Oh hey, my drunk uncle shot all of my rounds into our creek. Can I have some more bullets please?”)

Listen Hitler! The war is over!

Gun owners must have a license after passing a test and must carry insurance Owners must do a re-certification periodically.

Carry permit issues to any owner that passes all of the above but the only weapon that can be carried is a pistol with no more than a 4″ barrel. No concealed carry, the gun must be openly carried with some form of identity inf badge like a cop has.

The proposal has been well received by David Hogg’s supporters and only those who still possess common sense dare to oppose him. What are your thoughts? Does this plan make any sense, or do you think these people have eaten too many tide pods? Let’s have a conversation.