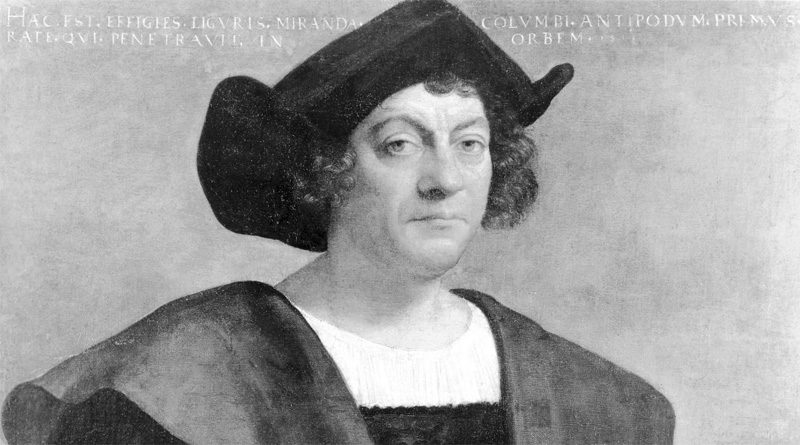 Five Christopher Columbus statues have already been vandalized in New York City in recent weeks, according to Far Left Watch. In one case last month, vandals defaced a “larger-than-life” statue of Columbus in Central Park, leaving blood-red paint on his hands, and scrawled, “Hate will not be tolerated” and “#SomethingsComing” on its pedestal.

What is coming appears to be a coordinated campaign to destroy monuments all across the country on Columbus Day.

The NYC-based antifa group Revolutionary Abolitionist Movement (RAM) made the announcement on Thursday, September 21, calling on antifa groups nationwide to “decorate” their neighborhoods.

According to Far Left Watch, RAM is “an extremely militant group that advocates for the violent redistribution of property” and for “the abolition of gender.”

West Point Knew the Commie Cadet Was an Avowed Marxist—and Graduated Him Anyway
The militant group recently hosted an “Our Enemies in Blue” anti-police workshop at its branch in Brooklyn, NY.

RAM posted a video called “Against Columbus Day” on the Antifa website It’s Going Down, showcasing destroyed monuments across the country and black-clad thugs strutting around menacingly to psycho synth music.

“The battles lines have been drawn and white supremacists are on notice,” the anarchists wrote in a statement on the website. “White nationalist statues are crumbling all over the US as our collective revolutionary power is growing.”

A recent poll showed that the vast majority of Americans support a holiday honoring Christopher Columbus, but RAM called Columbus Day, October 9, “one of the most vile ‘holidays’ of the year.” The group called on supporters “to take action against this day and in support of indigenous people in the US and abroad who have been victims of colonialism and genocide.”

We are calling for groups to “decorate” their neighborhoods as they see fit: put up murals, wheatpaste posters, drop a banner, etc. On October 9th put a picture of your action on social media and use the hashtags below. With these actions multiplied around the country, we will make it unequivocally clear that revolutionaries will always stand with the indigenous!

The anarchists encouraged fellow law-breakers to record and broadcast their crimes by using the hashtags #F*ckColumbusDay and #DestroyColonialism.

As antifa has already announced its illegal intentions well ahead of time, elected officials and police departments across the country should not be blindsided by the rash of vandalism that is sure to come in the next few days.