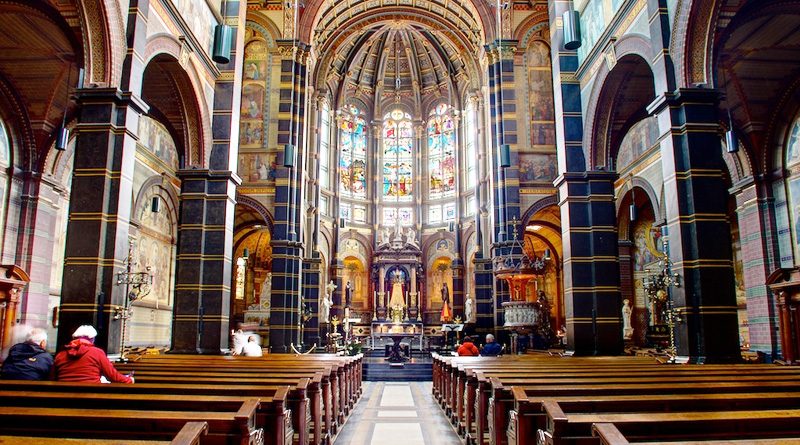 On Sunday, September 24th, there was a tragic church shooting near Antioch, Tennessee, in which a 25 year-old black Sudanese immigrant gunned down seven white people attending a Church of Christ service.

Although the congregation of the Burnette Chapel Church of Christ has been described as “multiracial,” only whites were selected as victims by their assailant.

In stark contrast to the “feeding frenzy” surrounding Dylann Roof’s church shootings in Charleston, South Carolina in 2015, this one received scant attention from whores in the Jews’ Media or their pimps at the Southern Prevarication Law Center. It didn’t fit their dishonest and fraudulent narratives, and so it was essentially “spiked.”

First of all, the shooter was a black African immigrant from Sudan named Emanuel K. Samson. This detail failed to fit their standard narrative in which blacks must always be depicted as “victims” and never as the violent perpetrators they so often are.

Secondly, the shooter was also an immigrant, and this detail failed to fit their standard narrative as well: According to the Jews’ Media, immigrants consist exclusively of decent people, who yearn for freedom and assimilation in America. Never are they to be depicted as the violent criminals or terrorists they so often are.

Every victim of the massacre was a white Christian, so this detail failed to fit their standard narrative, also: White Christians are to be vilified, but never portrayed as victims. Victim status is reserved exclusively for blacks, queers, communists, feminists, and illegal immigrants.

This is a very interesting phenomenon, and one that offers a clear view into the manner in which the Jews’ Media “manage” the disinformation consumed by their gullible and low-information patrons.

During its “feeding frenzy” following Dylann Roof’s massacre in Charleston in 2015, the Jews’ Media accused the CofCC of culpability for Roof’s crimes: Our website was singled out for “inspiring” Dylann Roof to slaughter his innocent victims, despite the fact that all it ever did was accurately report the truth about black-on-white violent crime.

The disparity between our accurate and honest reportage — and the dishonest reportage of the Corrupt leftist Media — made the latter look very bad and very dishonest, facts that did not escape the attention of Dylann Roof in his “manifesto.” In retaliation, the Jews’ Media used the opportunity of the tragedy in Charleston to attempt to destroy us.

While subscribing to the principle “never allow a tragedy to go unexploited,” many in the Corrupt Leftist Media actually accused the CofCC of being co-conspirators or accomplices in Dylann Roof’s carnage, and demanded criminal sanctions.

Of course, even the black criminal element at Obama’s “Justice” Department wouldn’t buy into this particular fabrication, so I was never even contacted by law enforcement of any kind following the Charleston rampage, nor was there any investigation involving the CofCC, either. All we did was accurately report black-on-white violent crime, and even the Obama whores at “Justice” realized this.

On the other hand, the Jews’ Media has routinely lied and fabricated “fake news,” while engaging in mass disinformation, just like its ideological allies at TASS and PRAVDA used to do. In fact, their reportage has been so dishonest and inaccurate that it HAS actually “radicalized” a number of very gullible but stupid and dangerous people, among whom is Samuel K. Sampson.

These low information types have recently taken to shooting up innocent white people that these violent criminals suspect may not share their enthusiasm for the organized criminal enterprise often mistakenly referred to as the “Democrat” Party.

The shooting of Republican Congressmen in Virginia while playing softball, and the recent shootings in Las Vegas and Antioch, Tennessee are the work of radicalized leftist trash, who have very distorted views about whom their real enemies are because of the lies of the Jews’ Media.

The big difference between reportage by the CofCC and that of the Jews’ Media is this: All we ever did was report the truth, while lies have always been the Jews’ Media’s stock-in-trade. We have now reached a point where the lies of the Jews’ Media are so extensive and pervasive, they are having a profoundly detrimental impact on public safety.